This Double Crust Lemon Raspberry Pie is the perfect go-to pie recipe when it comes to dessert for spring. Tart lemon and raspberries pair perfectly with an old fashioned crust to create a recipe that has the ability to transport you to the past. Serve with a scoop of vanilla ice cream to really wow friends and family. 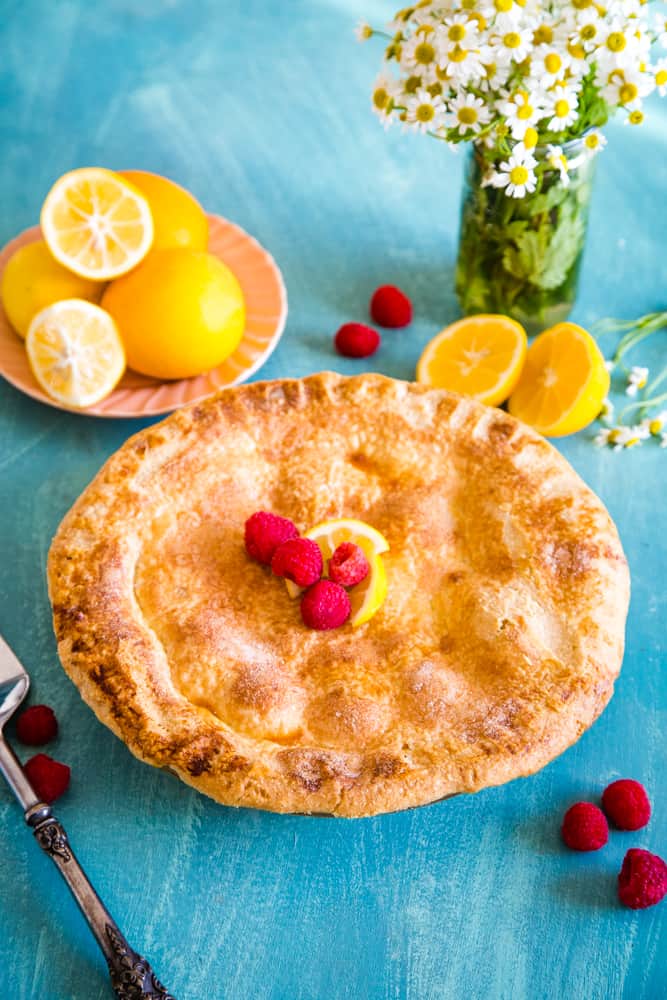 Pie is one of my favorite things in the world. Since I love it so much, I also know a lot of facts about it. For example, did you know that pies were more popularly filled with meat instead of something sweet during the middle ages? Also, pie was a breakfast food when it was first created, not a dessert. I’m all for pie as breakfast - let’s go back to how it was meant to be, you won’t find me complaining about it. 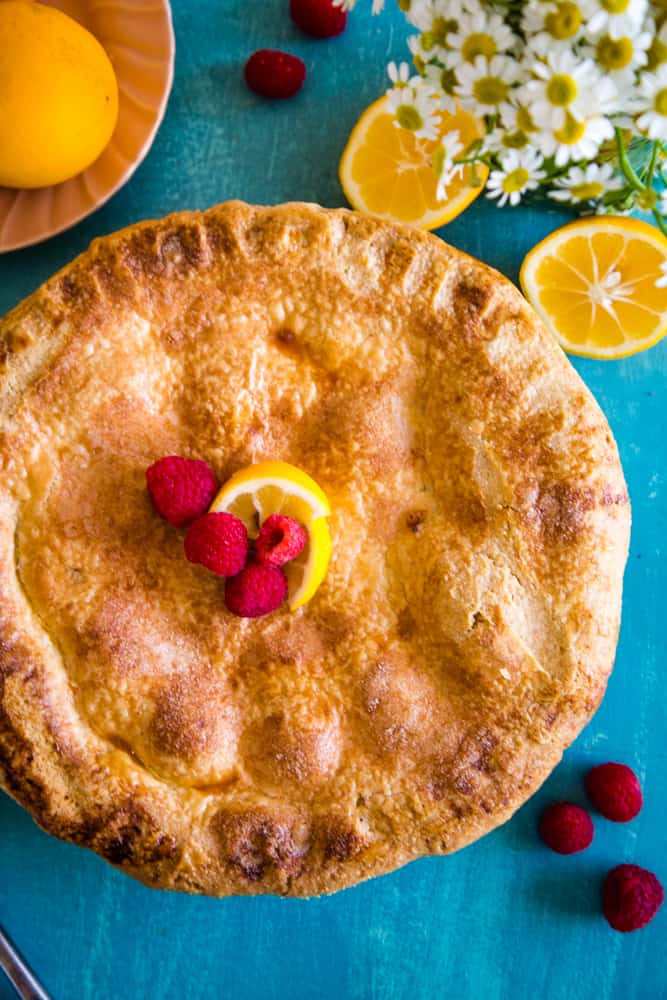 You probably knew that apple pie is the most popular type of pie in the US. Pumpkin, lemon meringue, cherry, and chocolate pie are also the most popular, following apple. Did you know that it used to be spelled “pye” and not “pie” like it is now? It’s crazy, I know. You know what else is crazy? Pie fights (who could waste all that pie??). The largest recorded pie fight had 253 people and 648 pies were thrown. You won’t catch me throwing this lemon shaker pie - it’s meant for eating, not throwing.

This particular pie is based off of the old fashioned Shaker Pie Recipe. This pie was first made in the religious communities of Shakers, located in the Midwest. They are also said to have developed the first Lemon Meringue Pie! 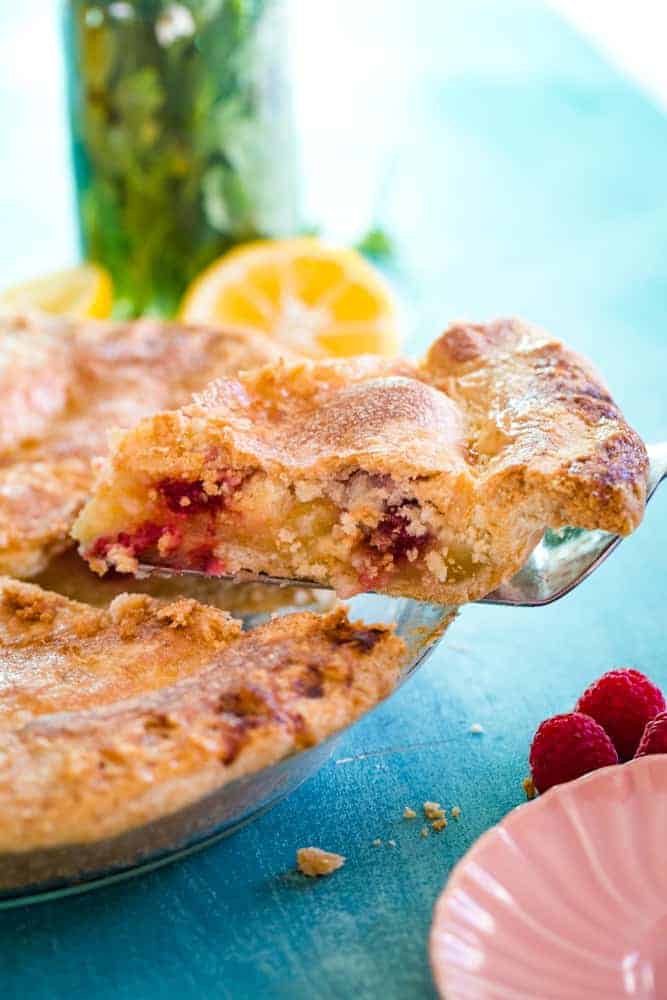 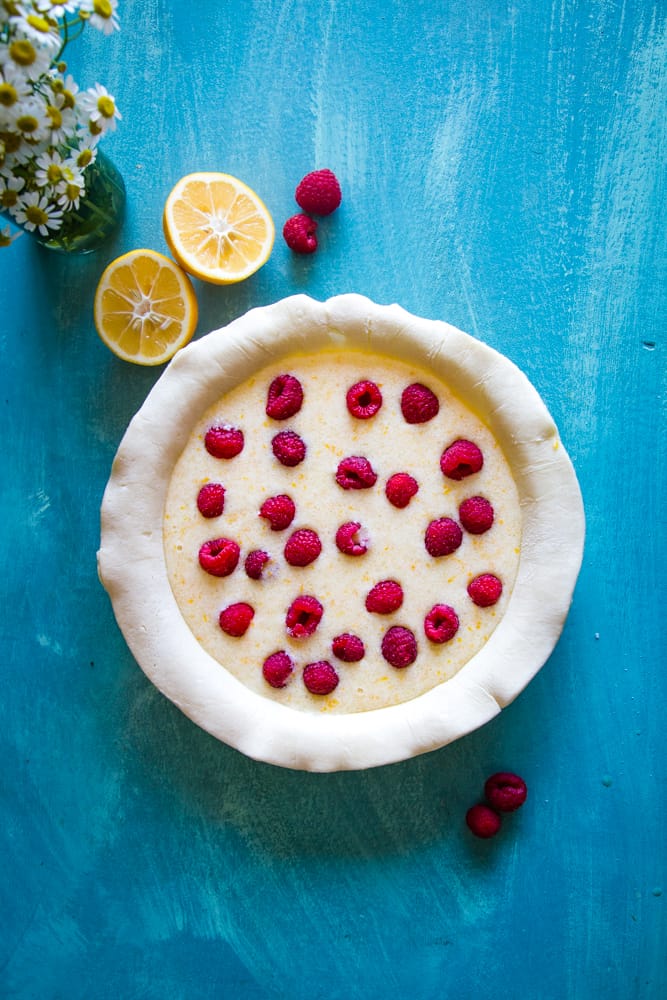 Store-bought or homemade - You can use store-bought crusts that are already prepared or make your own, either works just fine for this lemon raspberry pie. While I always prefer homemade, let's be real, we don't always have the time! The crust from Trader Joe's is the best! 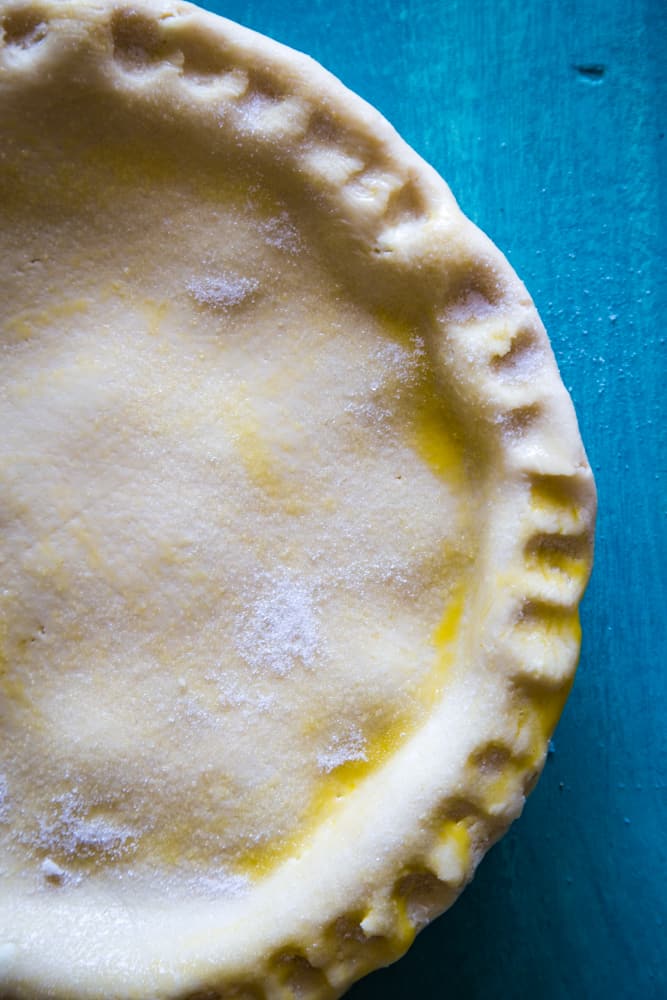 Decorate your pie top - If you prefer it, you can use the top pie crust to make a design using cookie cutters, lattice molds, etc. This is totally up to you and can be a ton of fun. 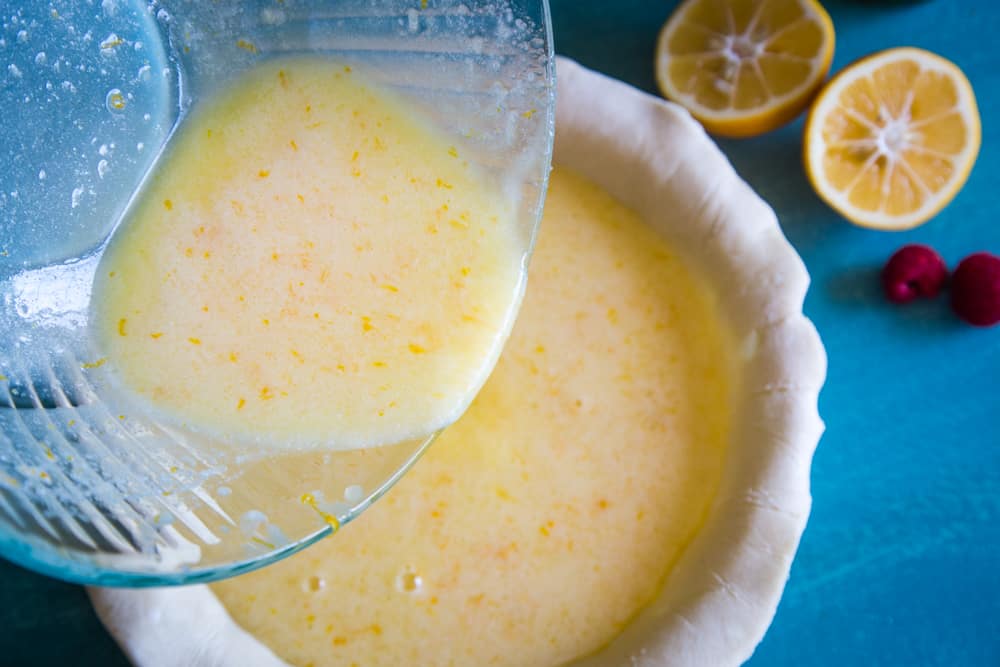 Use Meyer Lemon- While any lemon will work for this recipe, I love to use Meyer Lemons. They are a lot sweeter and a touch less tart. Use this lemon zester and squeezer to get the most out of your lemons. 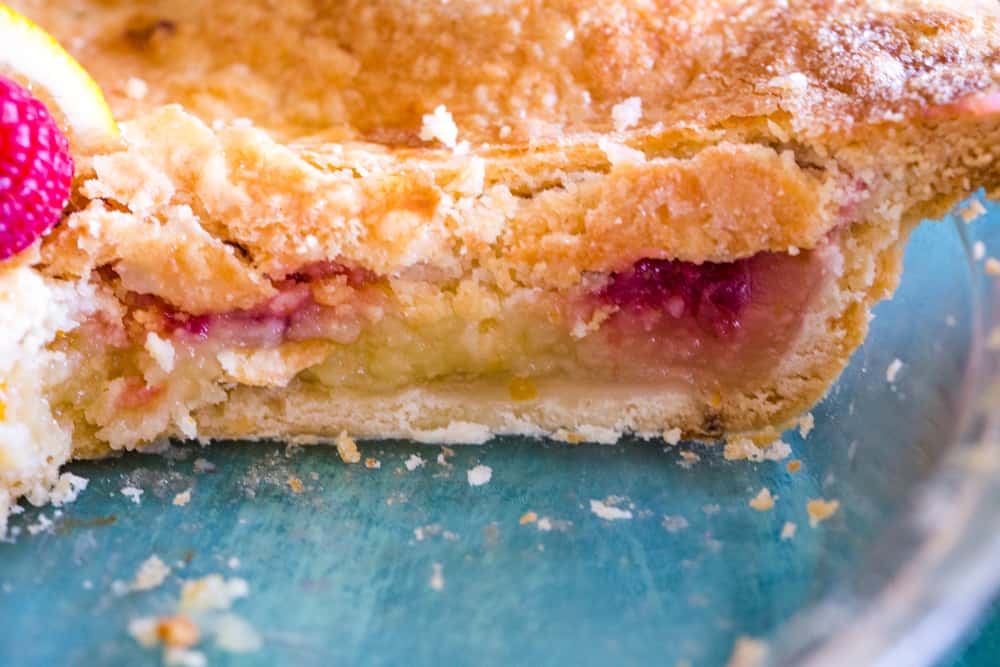 Can you Use Frozen Raspberries for Raspberry Pie?

I wouldn’t suggest using frozen raspberries for pie as they release a lot of moisture once they begin thawing during the baking process. This can cause the pie to become too watery or runny in the middle making for a messy and not as flavorful pie. If all you have is frozen raspberries, thaw them first and remove some of the water from them before placing them in the pie. Adding a bit of flour and sugar to them would be beneficial as well. 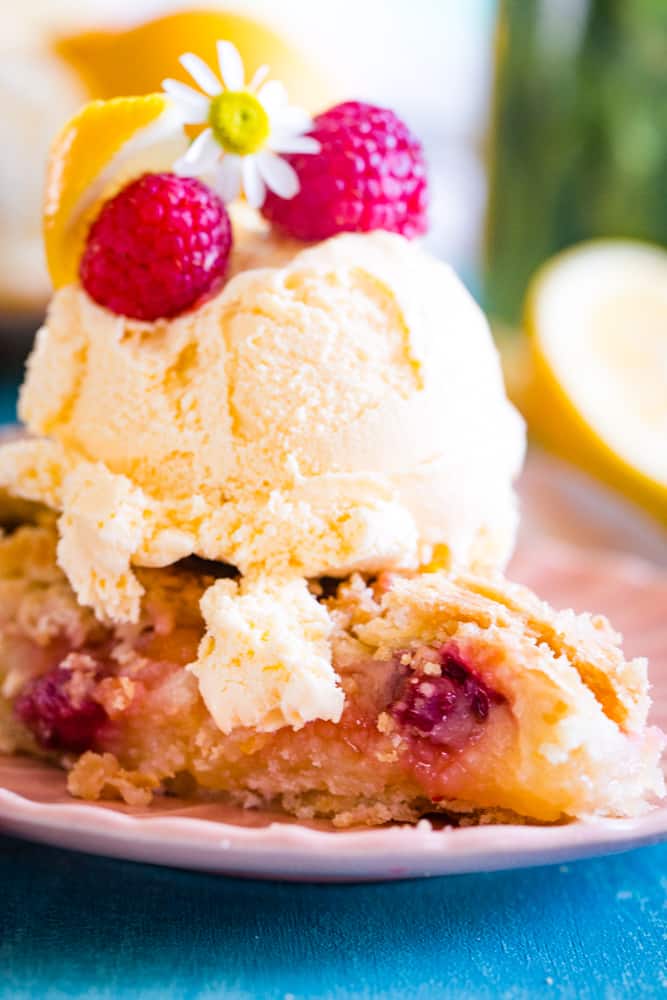 If you give a swing at making this Double Crust Lemon Raspberry Pie, let me know about your experience in the comments below! 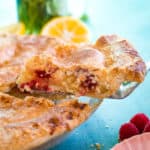