This post has been sponsored by KING'S HAWAIIAN®. All thoughts and opinions are my own.

This Raspberry Almond French Toast Casserole is an easy-to-make but sure-to-be-impressive breakfast. With subtle almond flavors combined with baked raspberries and sweet bread, your family will be asking for this french toast weekly! Pick up an extra couple loaves of KING'S HAWAIIAN Sweet Round Bread at Albertsons to make it this weekend! 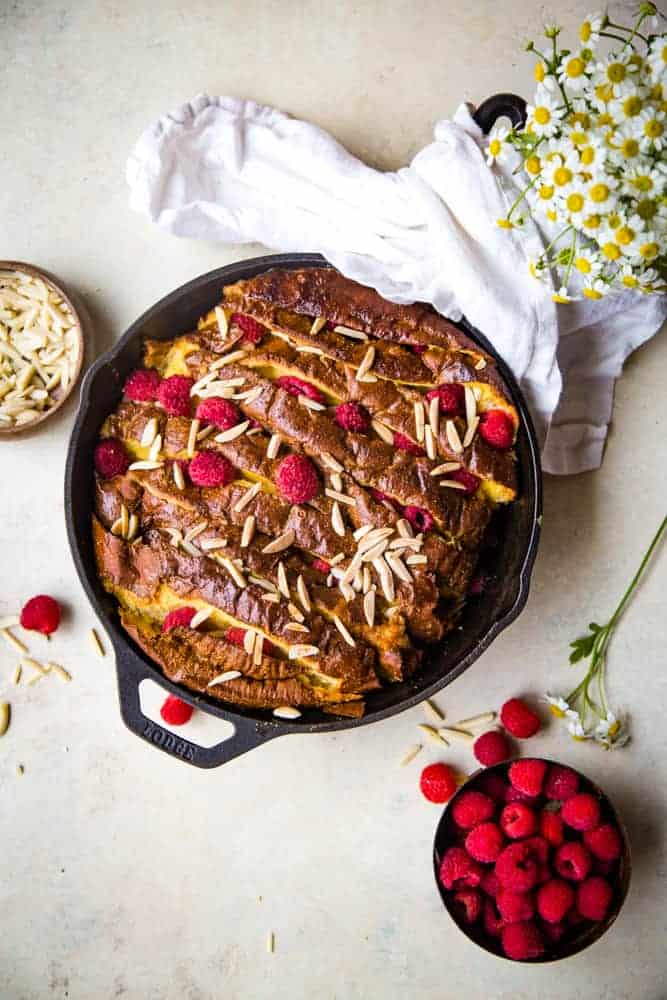 Growing up, KING'S HAWAIIAN Sweet Round Bread was always a treat. My grandfather would slice the large loaf into triangles, then fry them in a bit of butter. He would then top the slices with peanut butter and serve it to me as an after-school snack. It was my favorite! Now, I make it as an afternoon snack for my kids. They get so excited when they see the orange bag because they know what is coming! 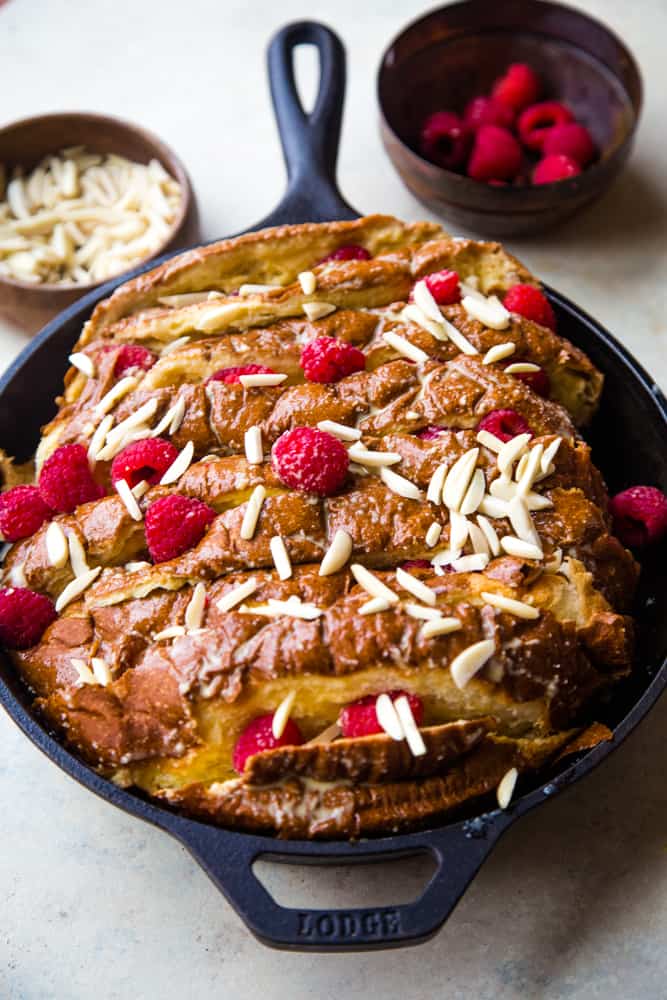 Besides being a nostalgic treat, I love the round loaf for so many reasons. Not only is it a staple in my home state of Hawaii, but the company has remained true to the original island recipe. The sweet bread has a soft and fluffy texture with just a touch of sweetness. It is the perfect ingredient to make breakfast irresistibly delicious.

My kids were a bit disappointed when I told them that one of the loaves I purchased was for a recipe and not our favorite treat, however, I promised them that it would be just as delicious. And this Raspberry Almond French Toast Casserole was, in fact, that—and a new favorite in our home! 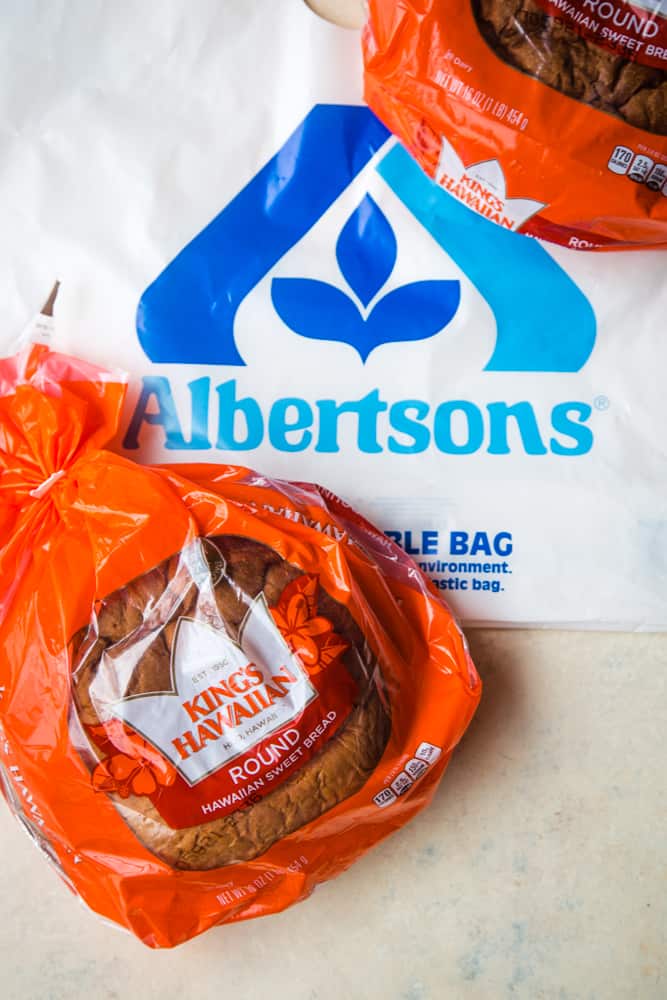 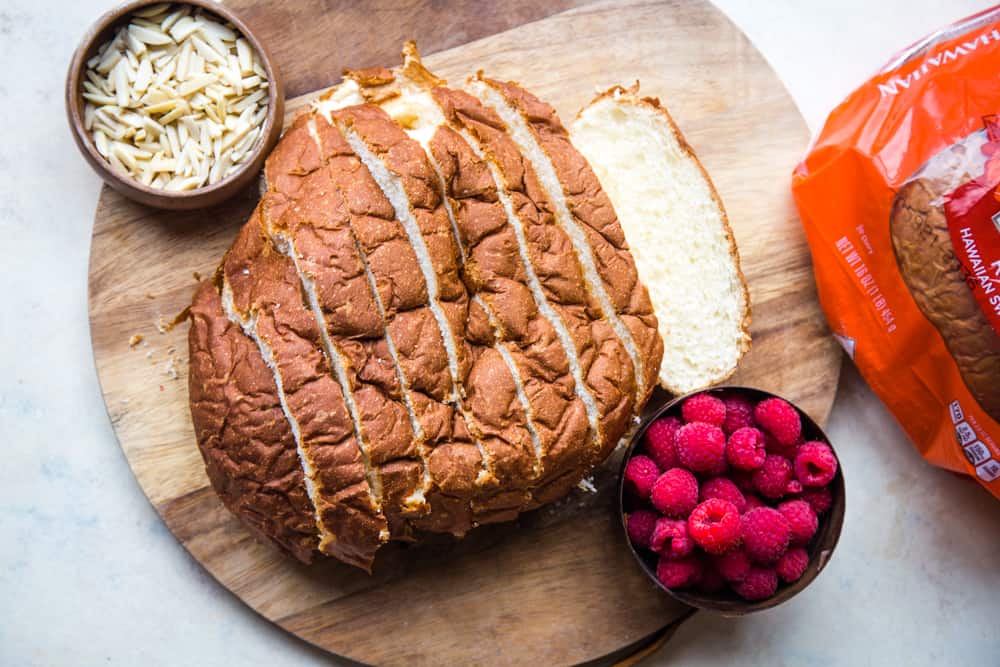 I really wanted to get a light but prominent almond flavor throughout the French toast, so I opted to use almond paste. If you do not have almond paste on hand, you can easily make a homemade version or replace it with a ½ teaspoon of almond extract. 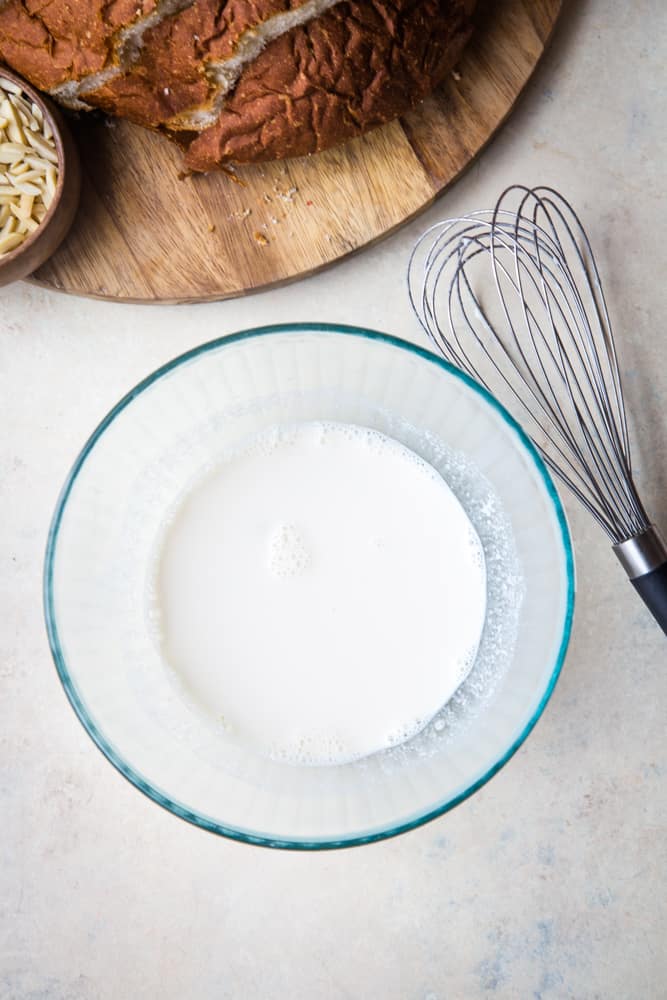 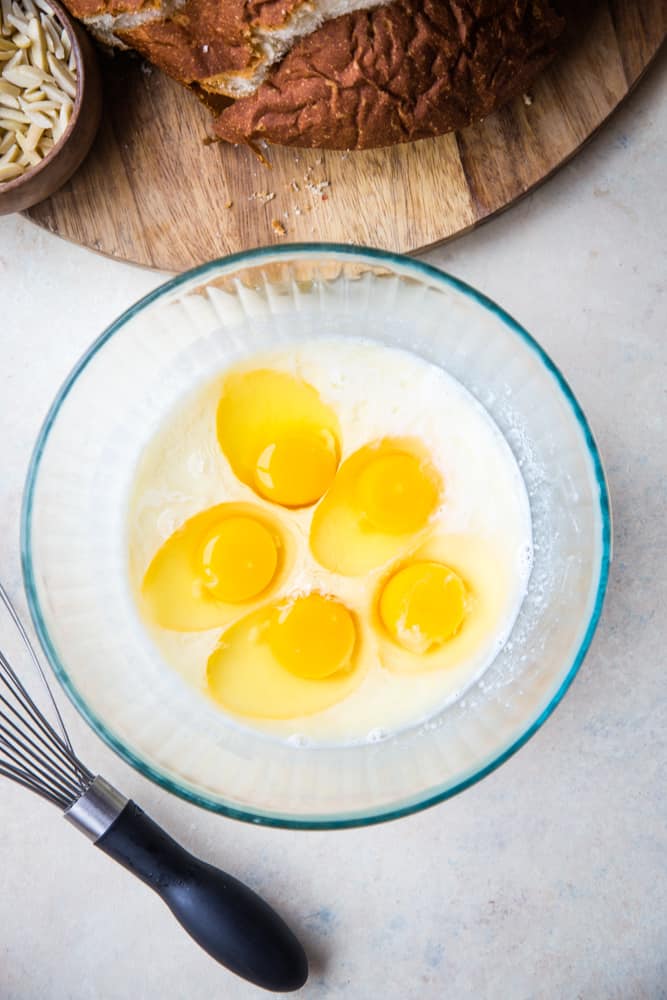 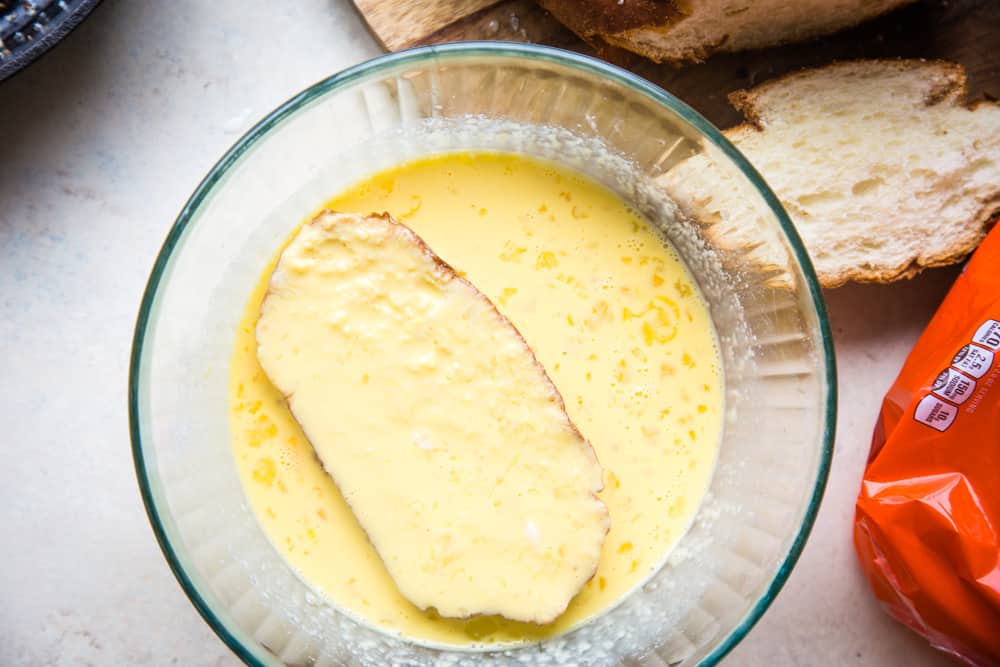 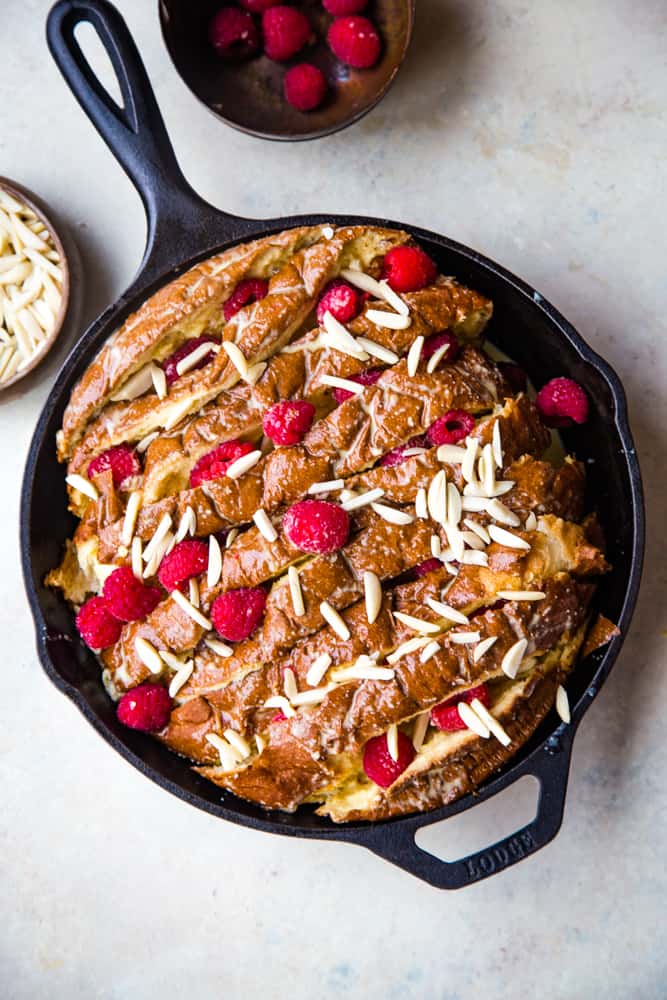 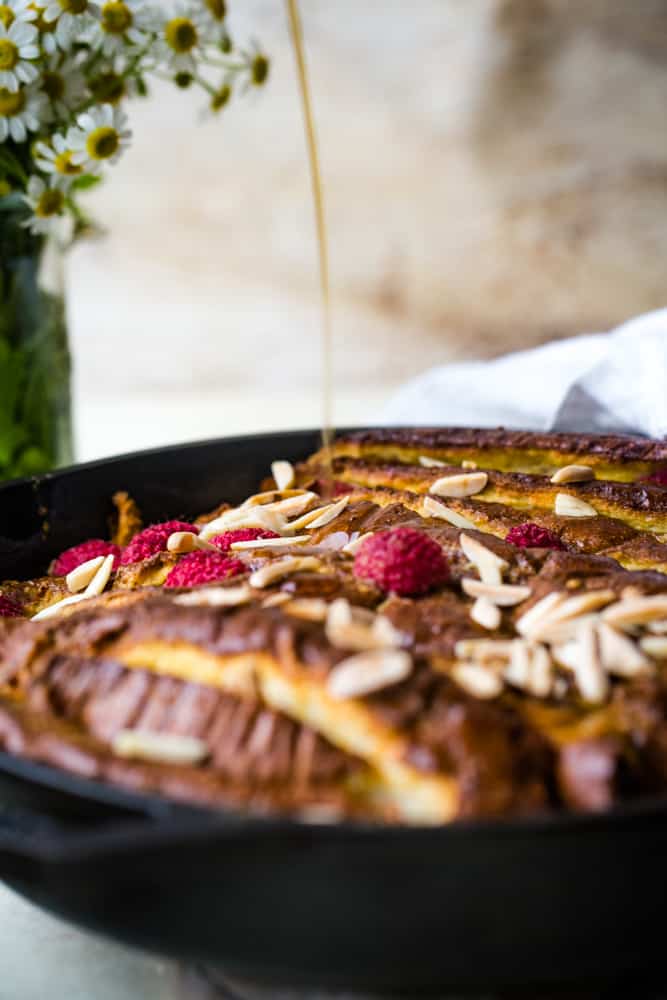 CAN I MAKE FRENCH TOAST THE NIGHT BEFORE 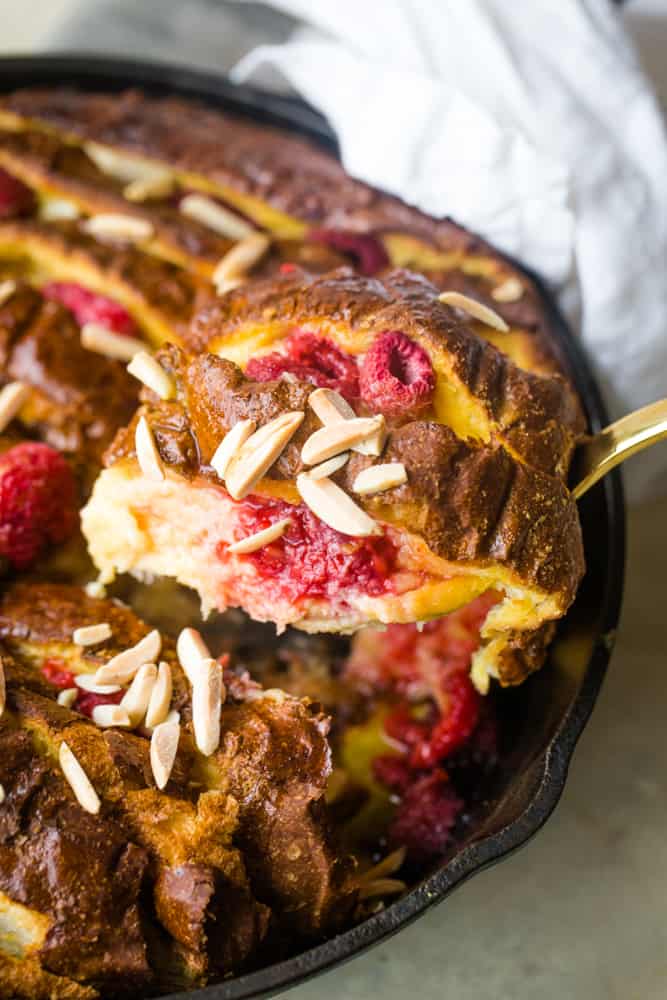 I love the almond/sweet bread base of this recipe, but you can also try adding chocolate chips, blueberries, cinnamon, or even lemon to the egg mixture to change it up! 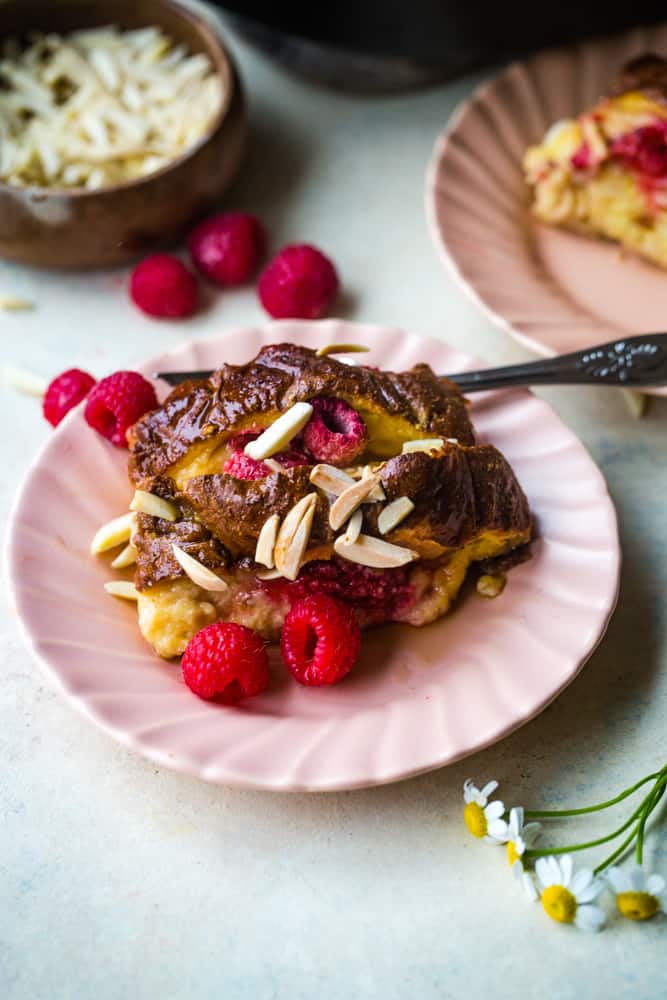 This Raspberry Almond Baked French Toast Casserole is the perfect springtime (or anytime) brunch recipe. The next time you are at Albertsons, head to the bread aisle and pick up a few loaves. Make this French toast, but also make the fried bread with peanut butter! I assure you, they will become new favorites! 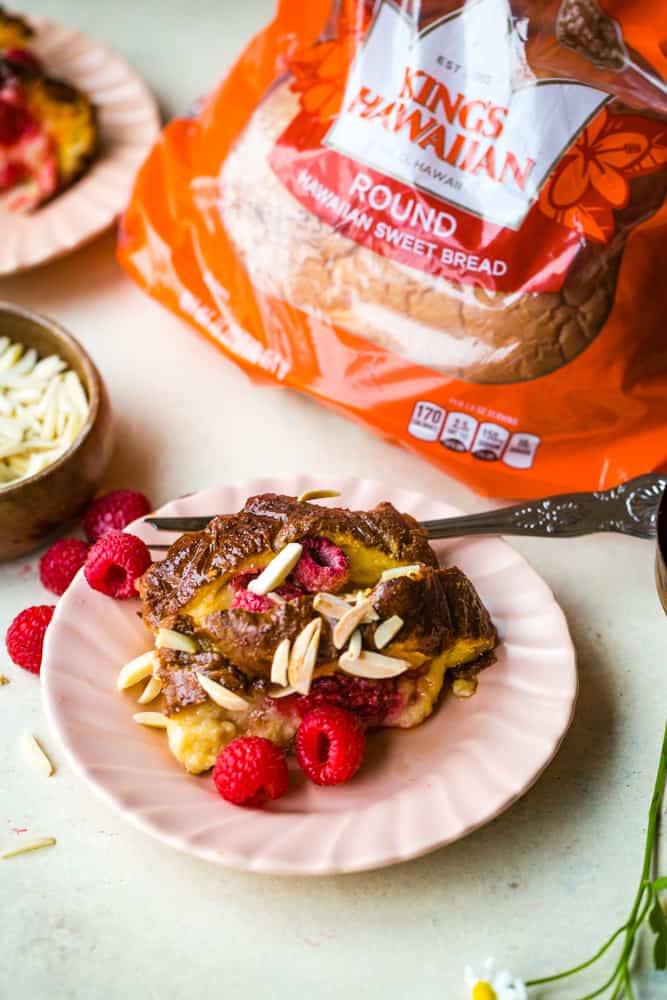 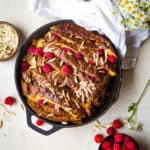 If using extract in lieu of almond paste, there is no need to heat the milk. Simply whisk the extract, milk, and eggs together and proceed with the recipe.