This shop has been compensated by Collective Bias, Inc. and its advertiser. All opinions are mine alone. #GameDayGlory #CollectiveBias 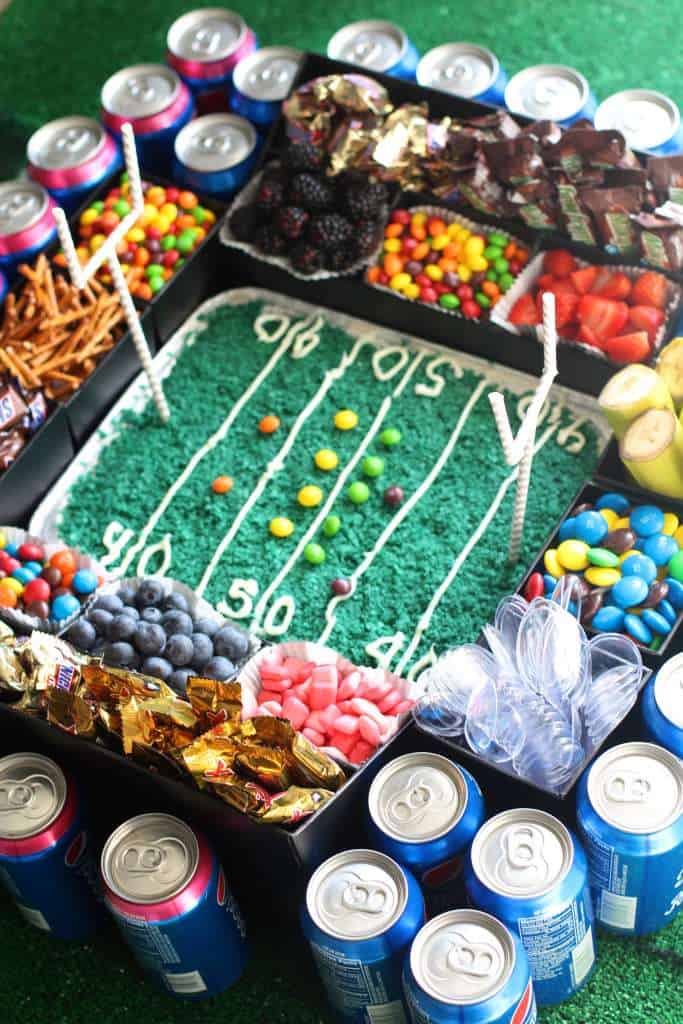 This year we created two bucket lists, one for the family and one for TheSeasideBaker.com. One of the items on my blog's bucket list was to create a snack stadium. Year after year I would search them up on Pinterest, but somehow never got around to making it. 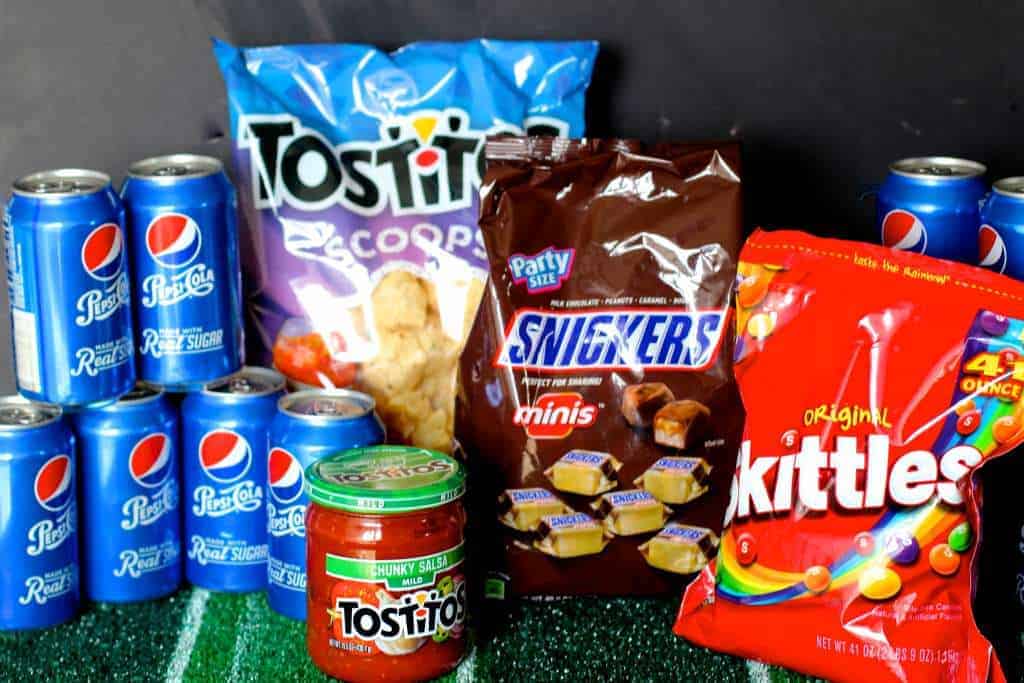 As you can see, I finally did it! It was so much fun to make and even better to eat! I had a field day at Walmart purchasing SNICKERS®, Skittles®, Pepsi™, and all of the other fun things that we incorporated. After putting together the stadium and photographing it, I let called in the family. As they were assembling their candy and ice cream filled Pepsi™ floats I overheard my teen tell the other kids how lucky they were to have such a cool mom. How sweet was that ?!? 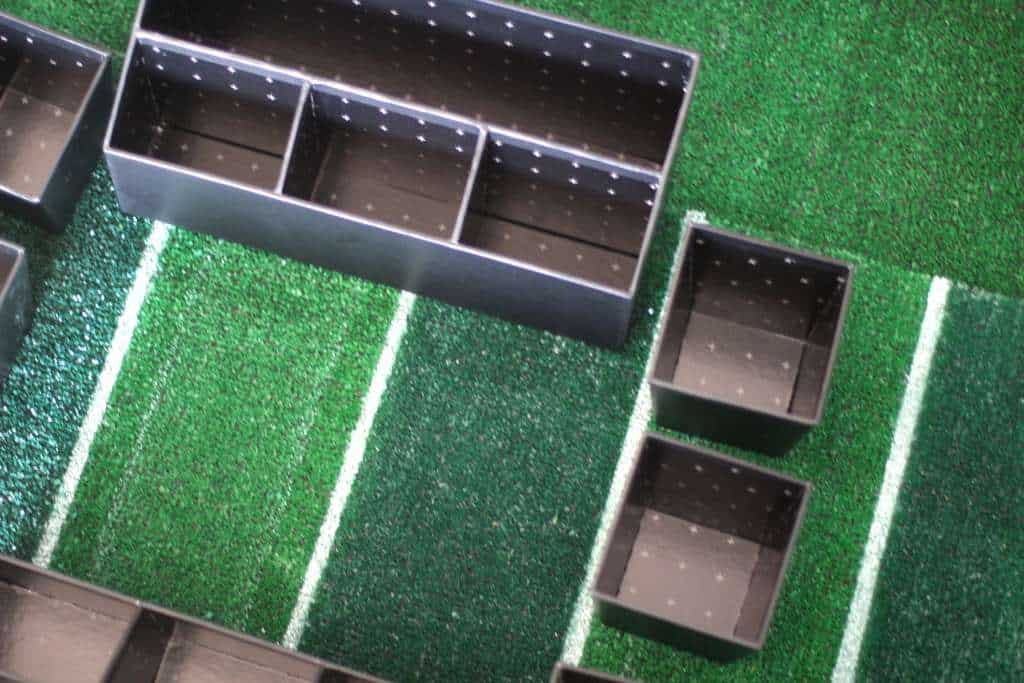 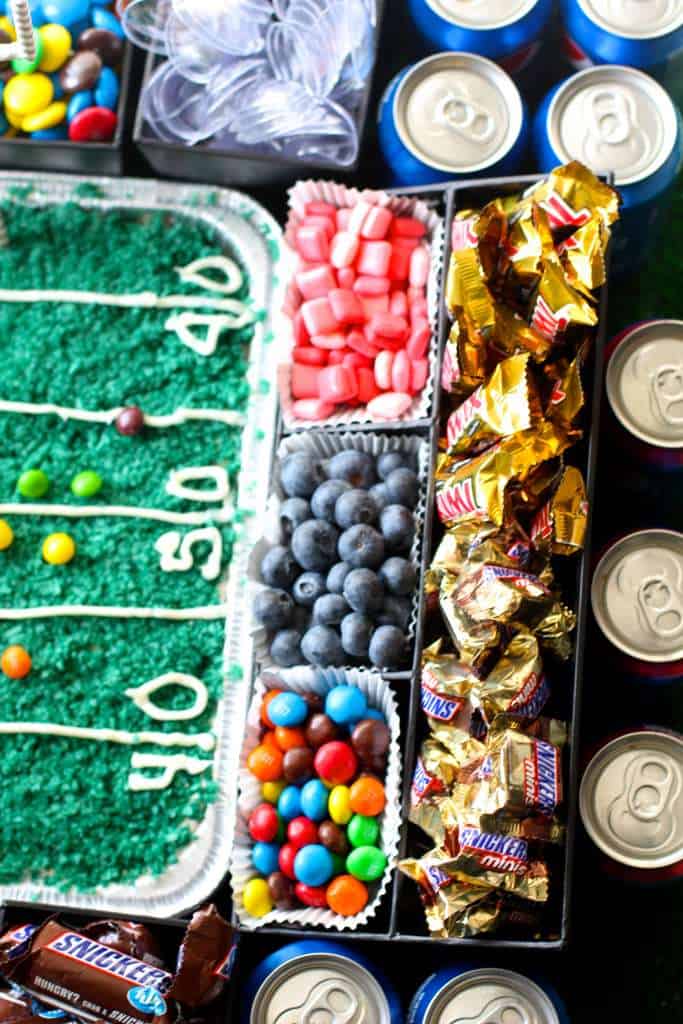 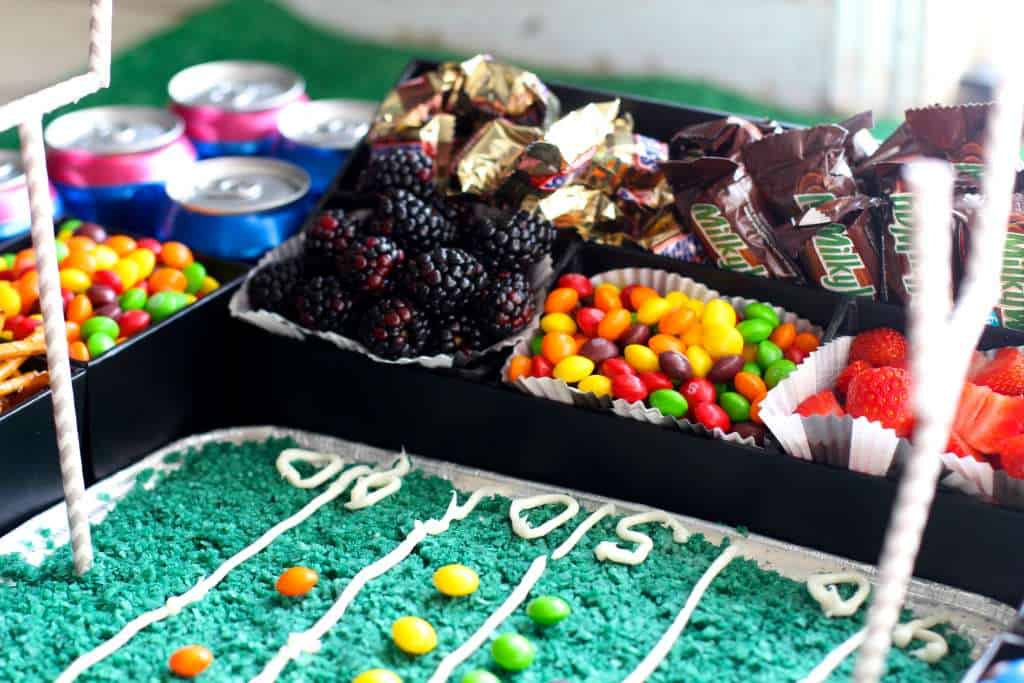 To assemble the stadium, I started with a tablecloth of fake grass that I picked up a the hardware store for under $6. I have used this "tablecloth" for countless football themed parties and it always adds so much to the decor. For the stadium seating, I used desktop organizers. They added the perfect height and stadium seating feel. 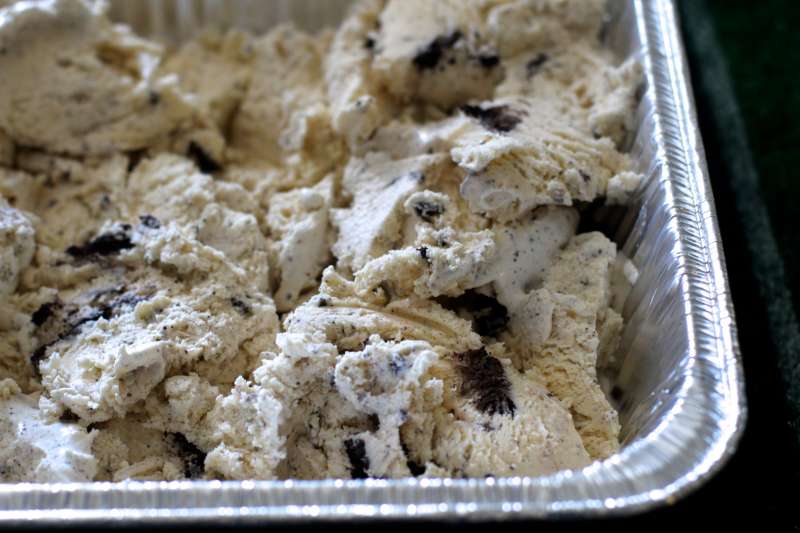 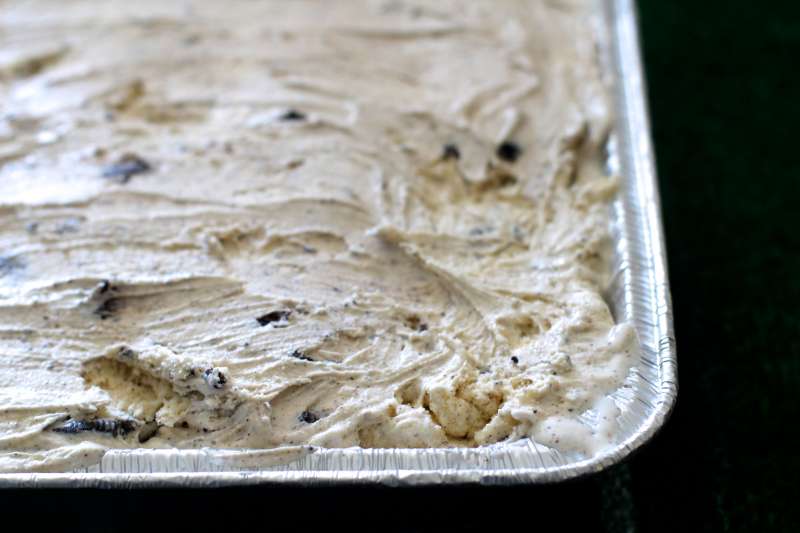 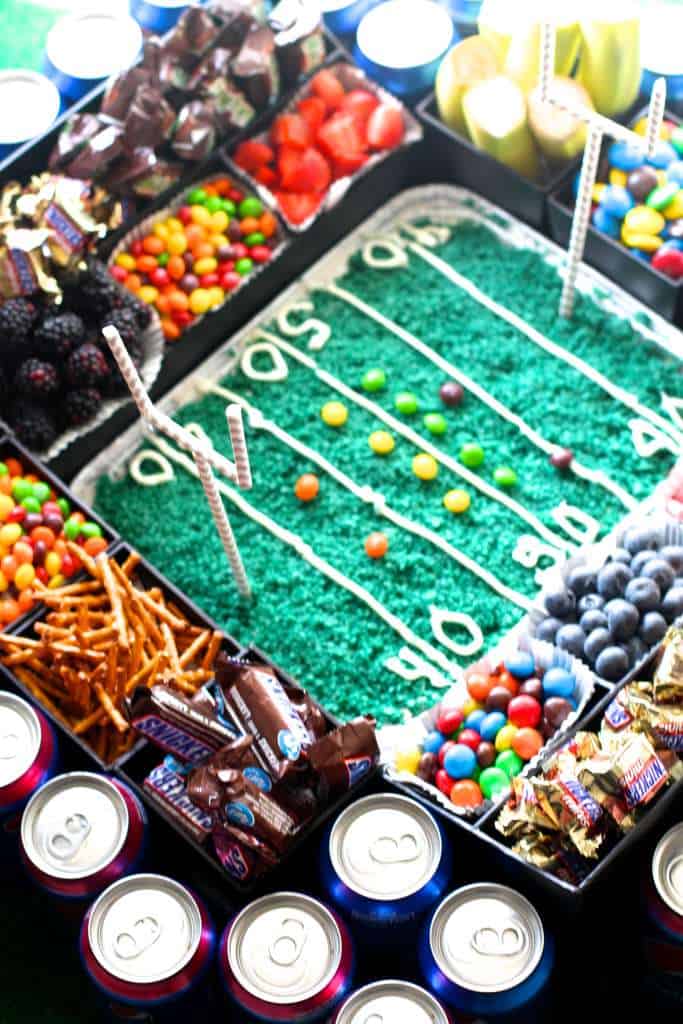 I wanted my snack stadium to be more of an ice cream sundae/float bar, so all of the fixings were mainly chocolatey or fruity. For the stadium's field, I filled a medium sized metal tin full of ice cream. I then covered it with green dyed coconut and drew the field lines with frosting. For the players I used Skittles®. For the field goals, I simply used cut paper straws and glue. 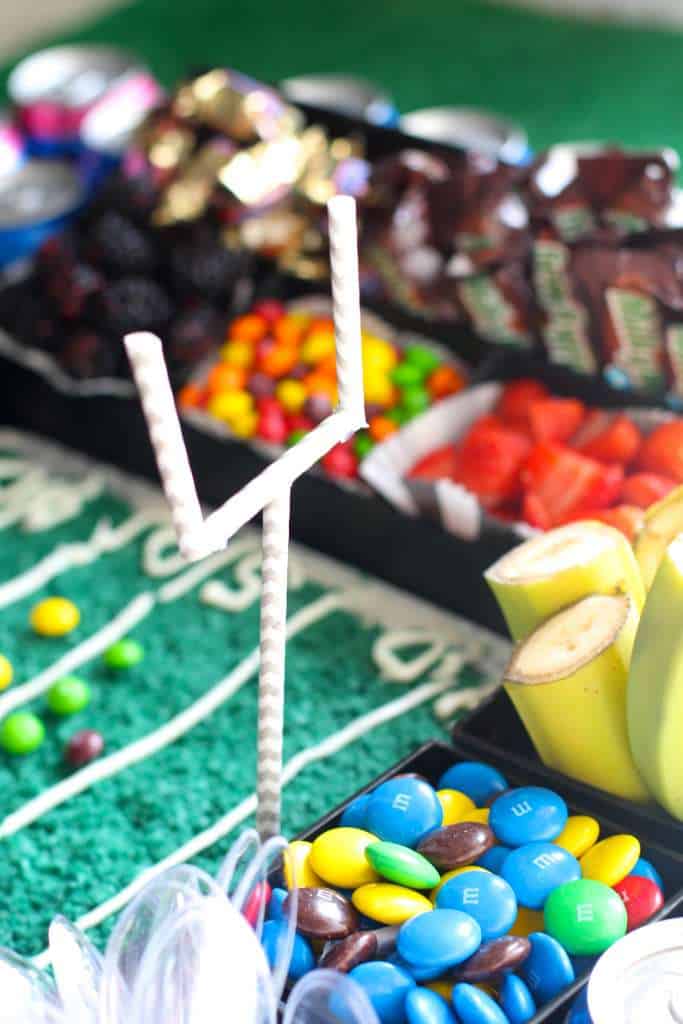 Now since I have so much going on before our annual Big Game football party this year, I decided to make the party a potluck. I know, gasp, right! So the only thing I will be in charge of is making this stadium and an appetizer. For the appetizer I wanted something bite sized but filling at the same time. 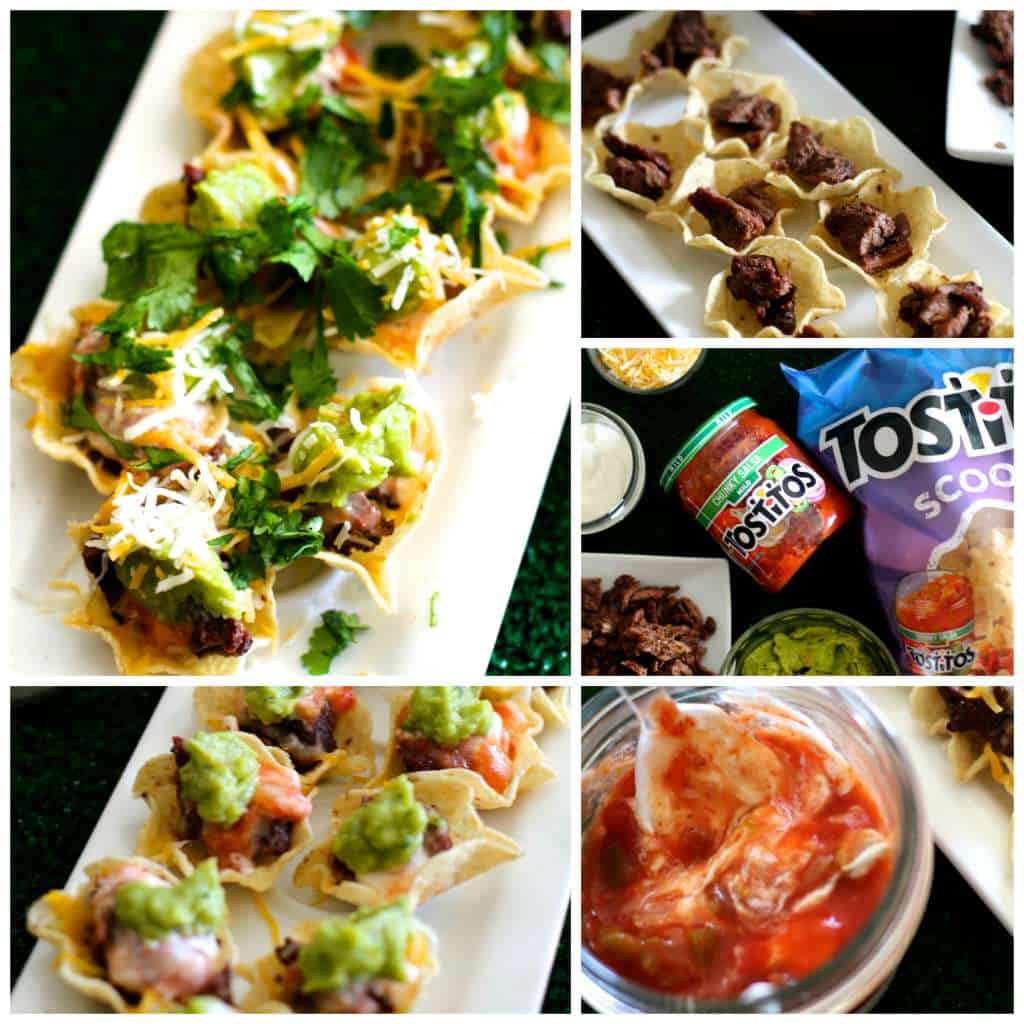 As soon as I saw the TOSTITOS® Scoops, I knew that some carne asada bites were in order. The scoops make the perfect little bowl to hold pieces of grilled carne asada and make delicious one bite snacks. 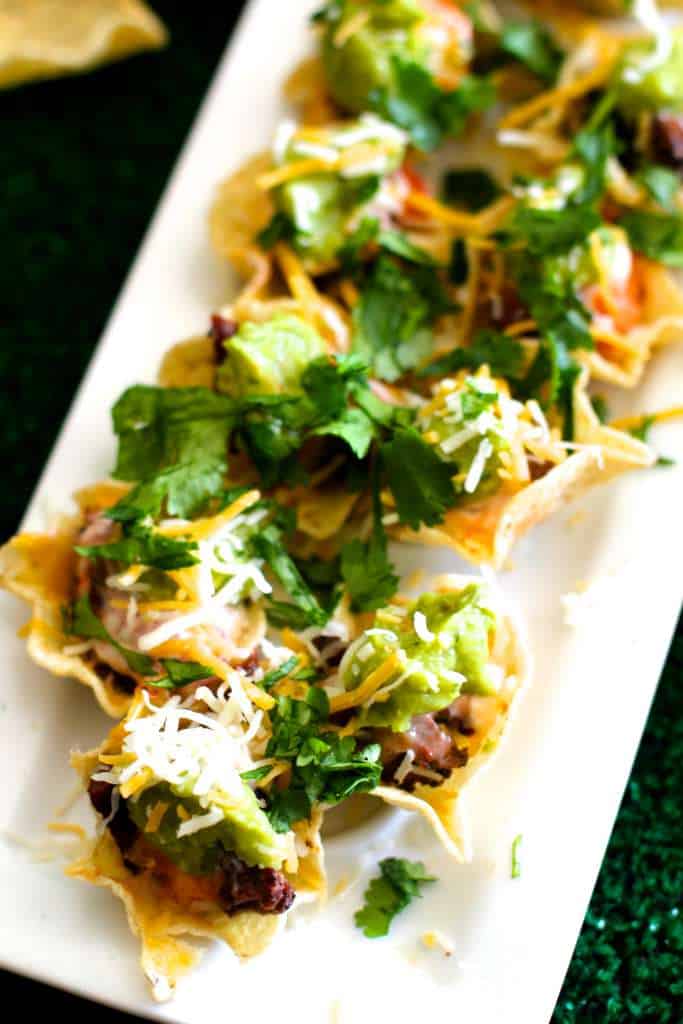 To make the individual carne asada nachos, I sliced the meat into tiny chunks. If you are making the carne asada yourself, here is a great recipe. I then placed a few pieces into the cups and topped it with cheese. Finally, I garnished the bites with sour cream, TOSTITOS® Chunky Salsa, guacamole, and chopped fresh cilantro. 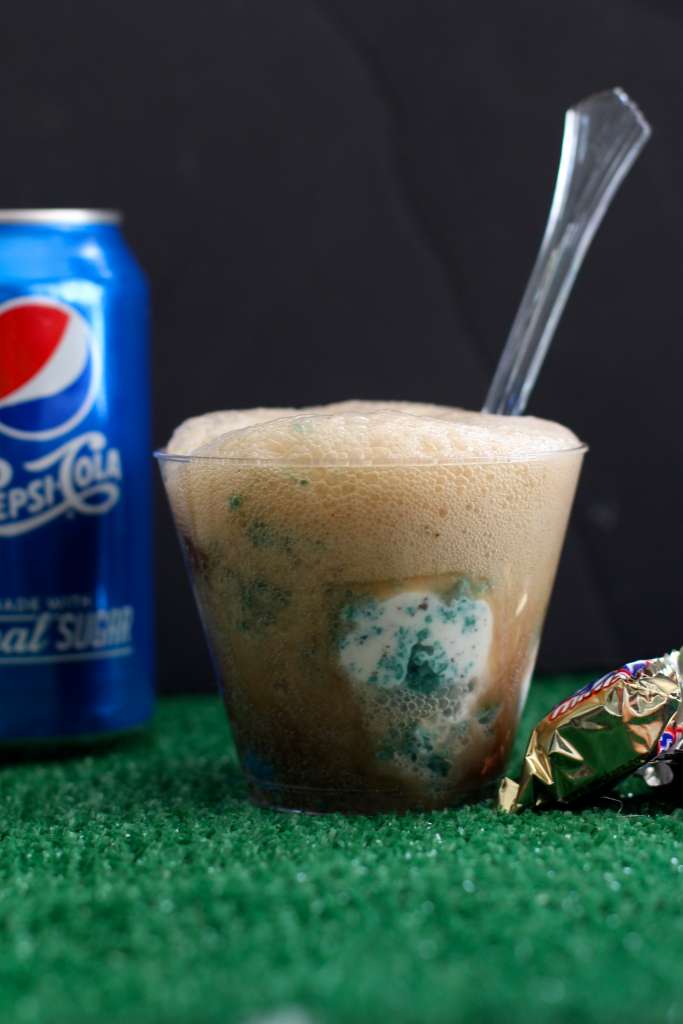 We finished the afternoon off with some candy filled Pepsi™ floats. My husband had a soda float on his first trip to the states, and his since loved it! Needless to say he was stoked when I told him what we were making. To make the floats, simply combine two scoops of ice cream in a cup, fill it with whatever candy you would like and top it with Pepsi™. Yum!!! 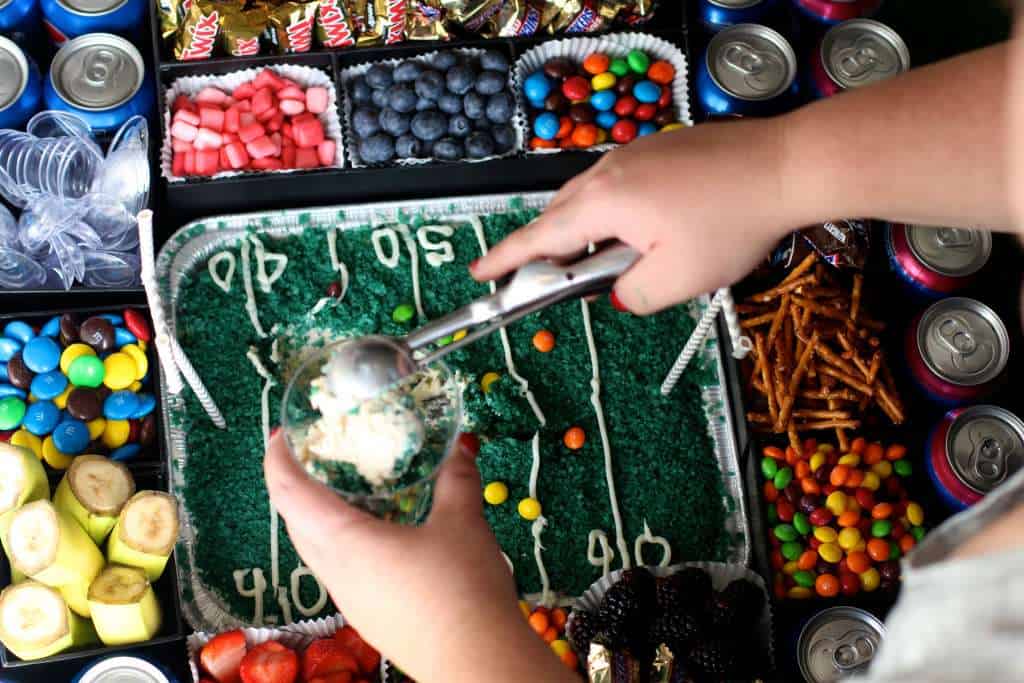 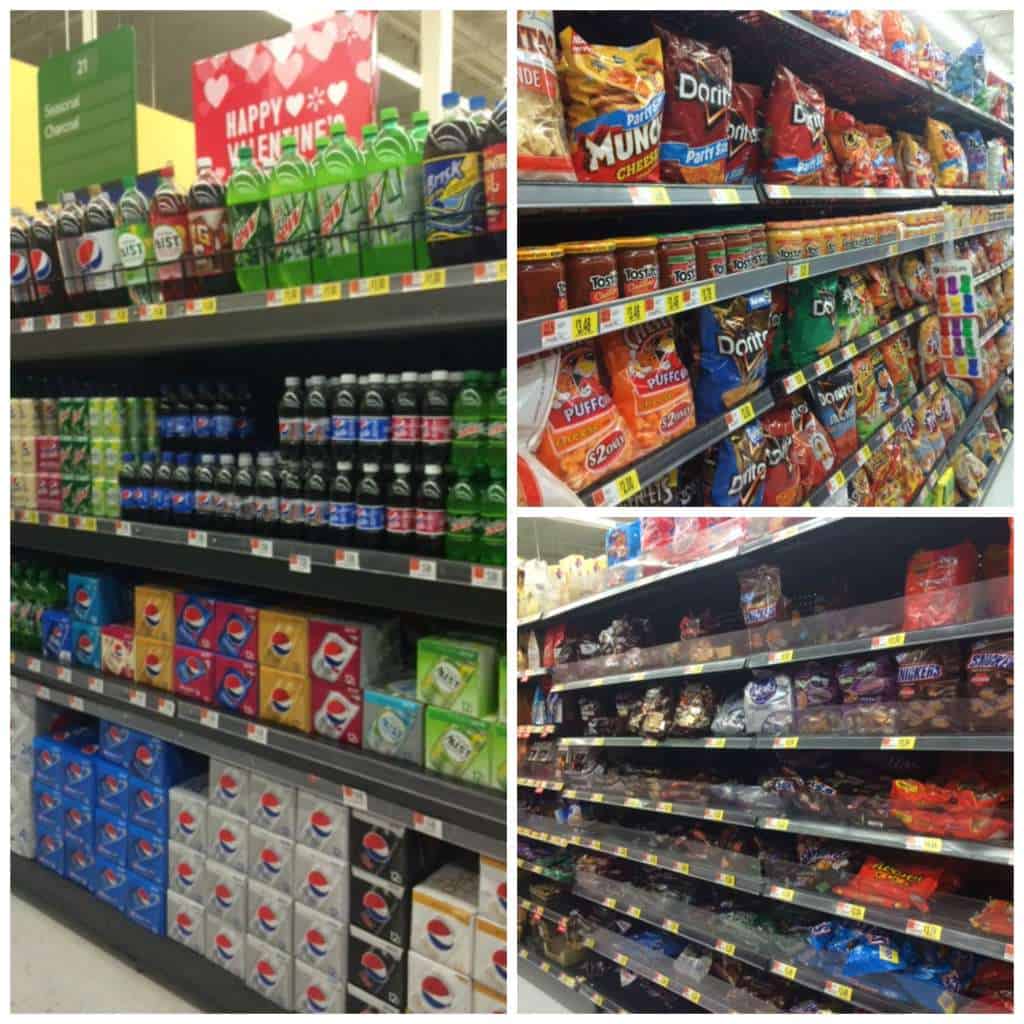 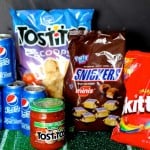