Creamy cheesecake loaded with golden oreos and topped with a chocolatey glaze and baked on a golden crisp cookie crust, these Golden Oreo Cheesecake Bars are perfect for any occasion. 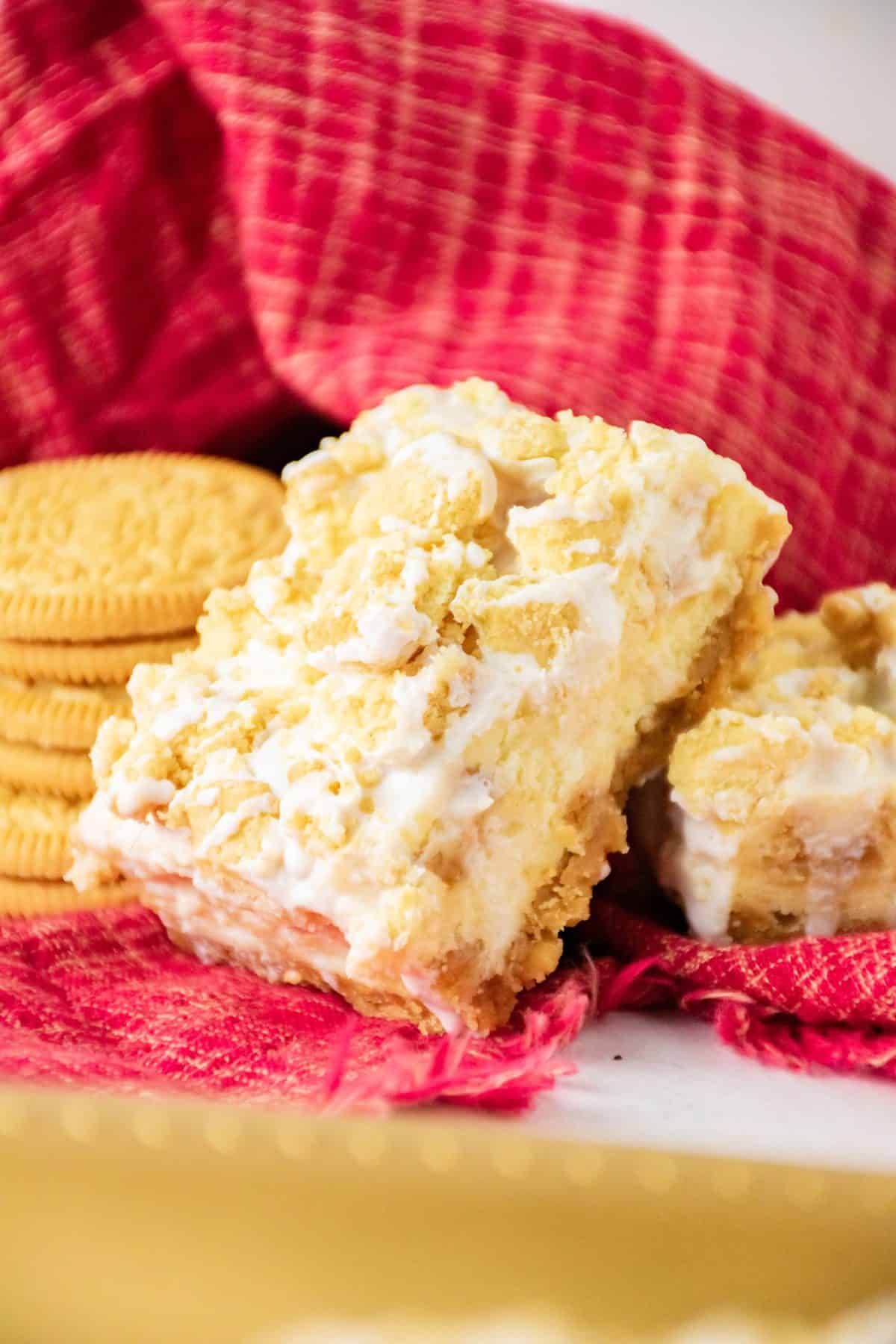 Whether you have a special event that requires a delicious dessert or you just have a sweet tooth, these golden Oreo cheesecake bars are sweet, delicious, and easy to make. With everything made from scratch from the crust to the glaze, this dessert is by far one of the best!

If you’ve never made cheesecake before, don’t worry. These bars are a great place to start. There’s no water bath, cracking, and these bars are way more forgiving than cheesecake. Get on your baker’s hat because you’re going to love this recipe. 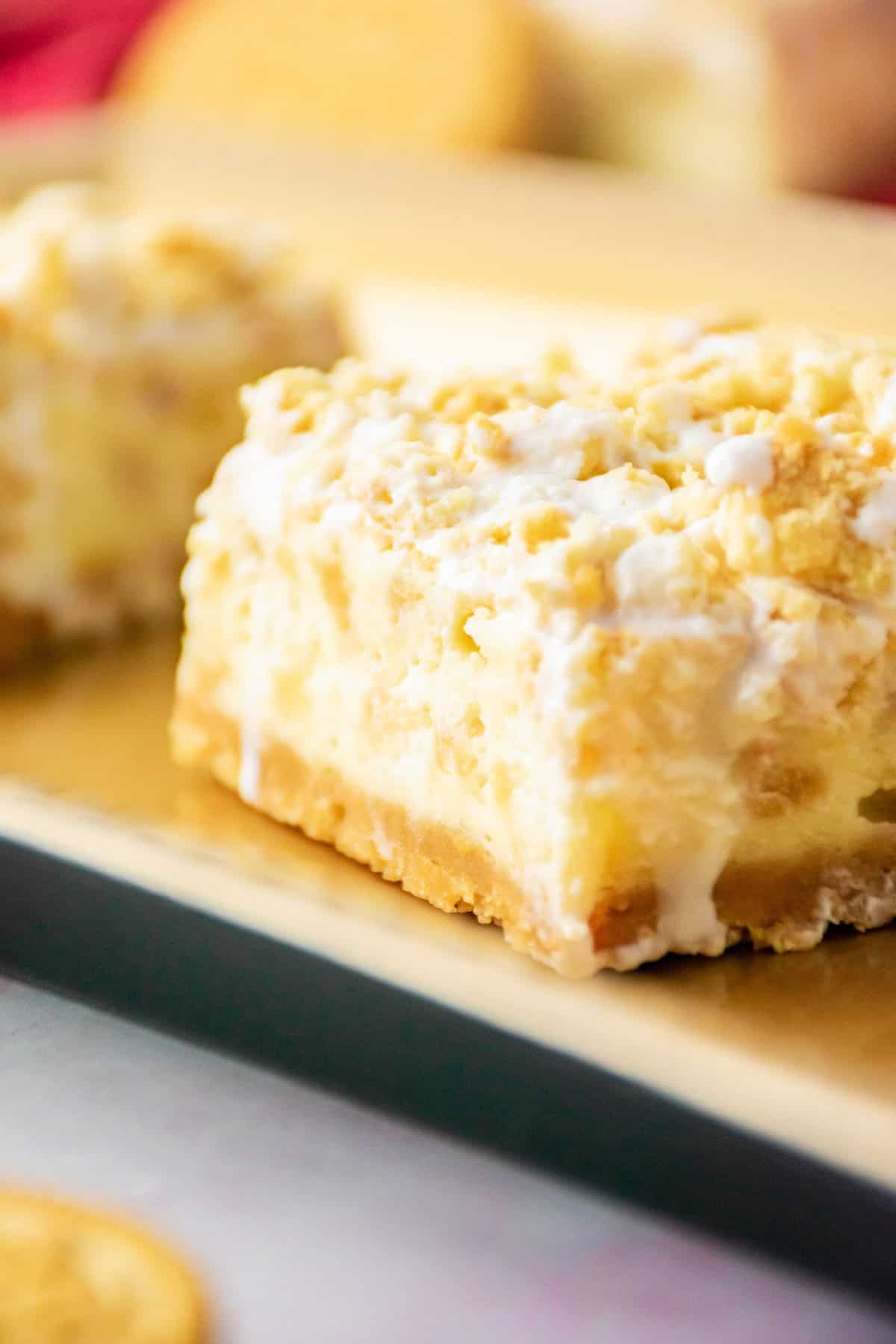 WHY WE LOVE THESE OREO CHEESECAKE BARS

Cheesecake and Oreos…what could be any better than that?! We love these Oreo cheesecake bars, and here’s why: 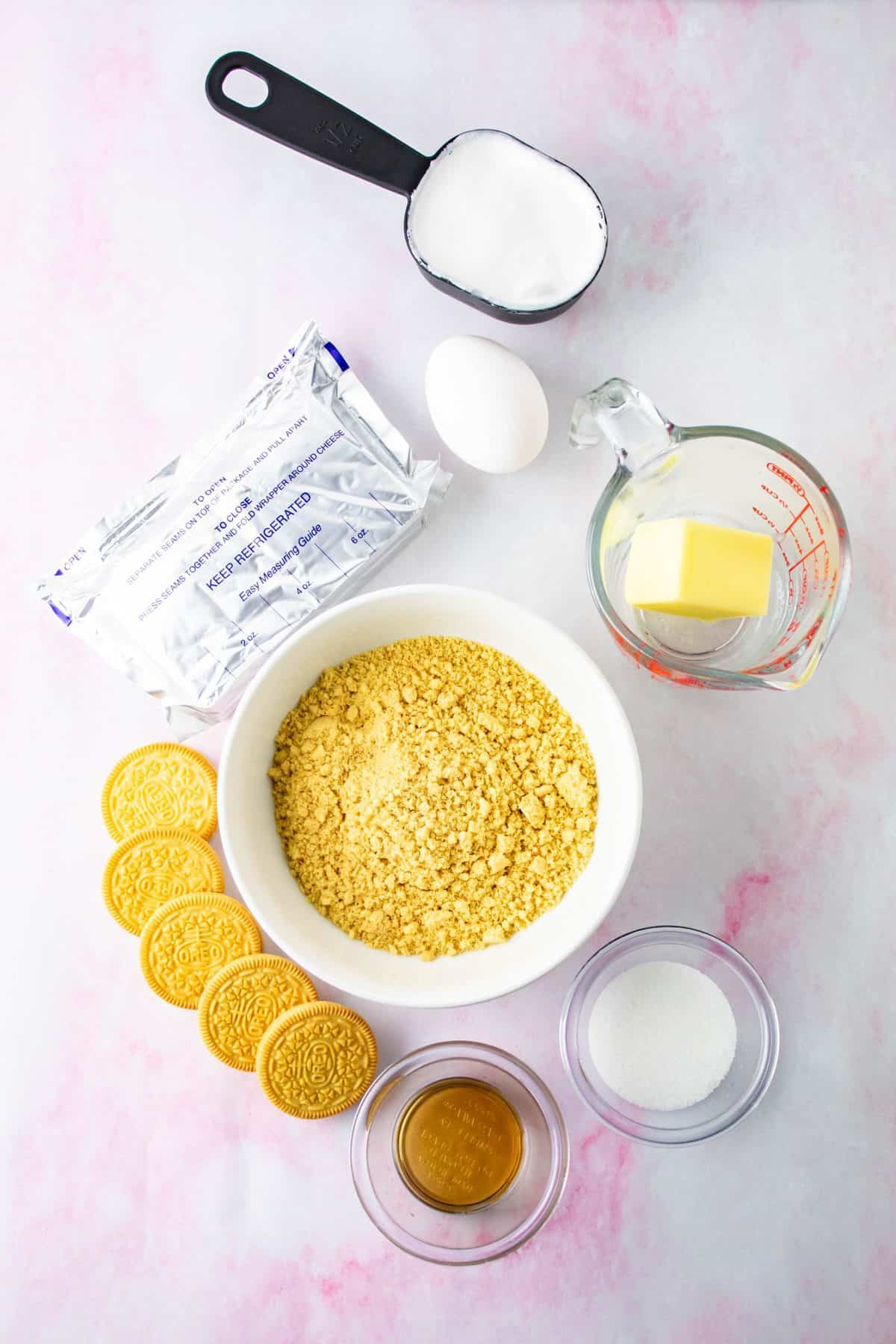 For this recipe, you’ll need ingredients for the golden crust, the filling and the delicious glaze. Everything is made from scratch for a decadent treat. Here’s what you’ll need: 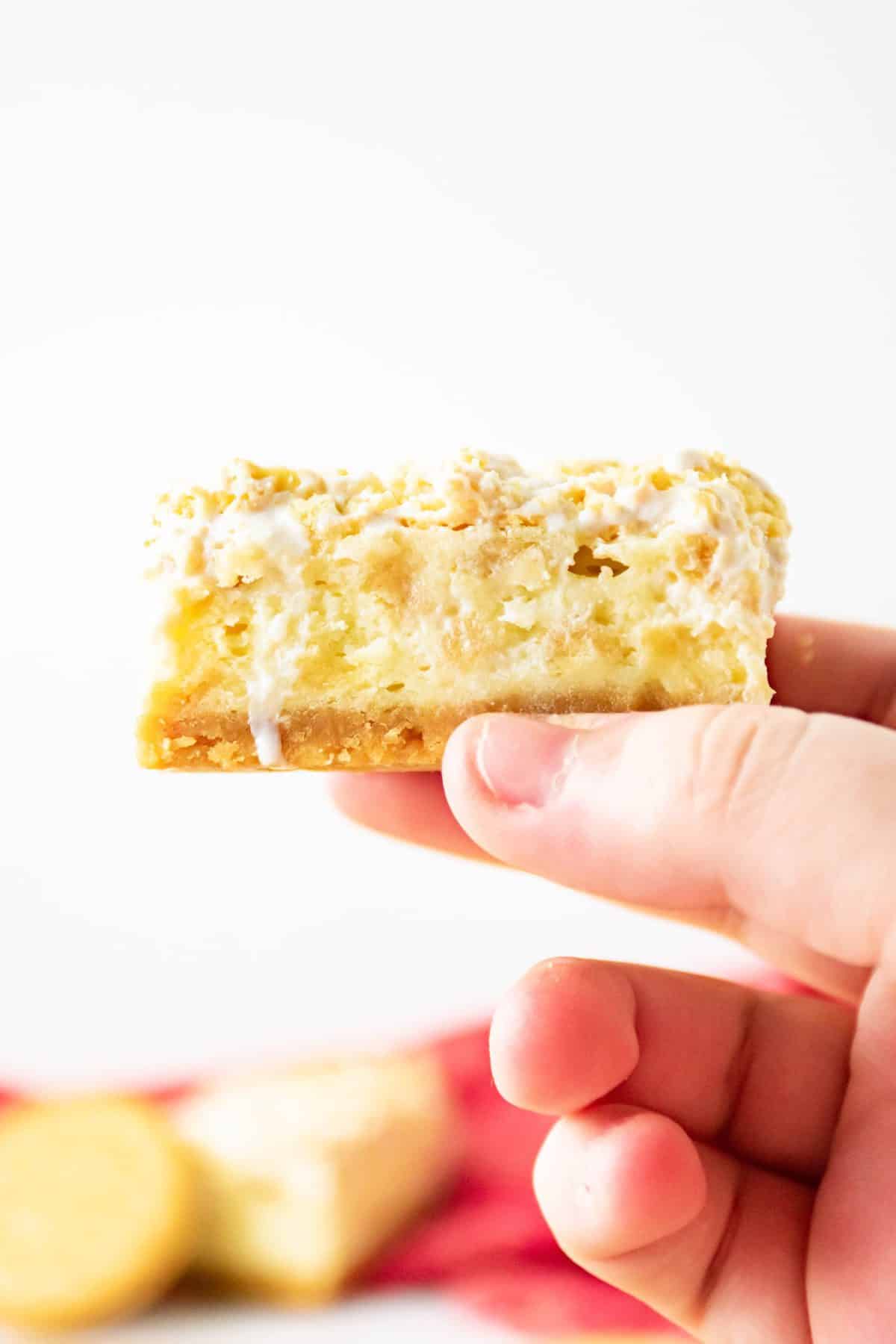 Since these cheesecake bars aren’t as thick as traditional cheesecake and you’ll be adding in crushed cookies and glaze, even if you do have some slight cracking, it won’t be noticeable. Follow the directions exactly for the perfect golden oreo cheesecake recipe. 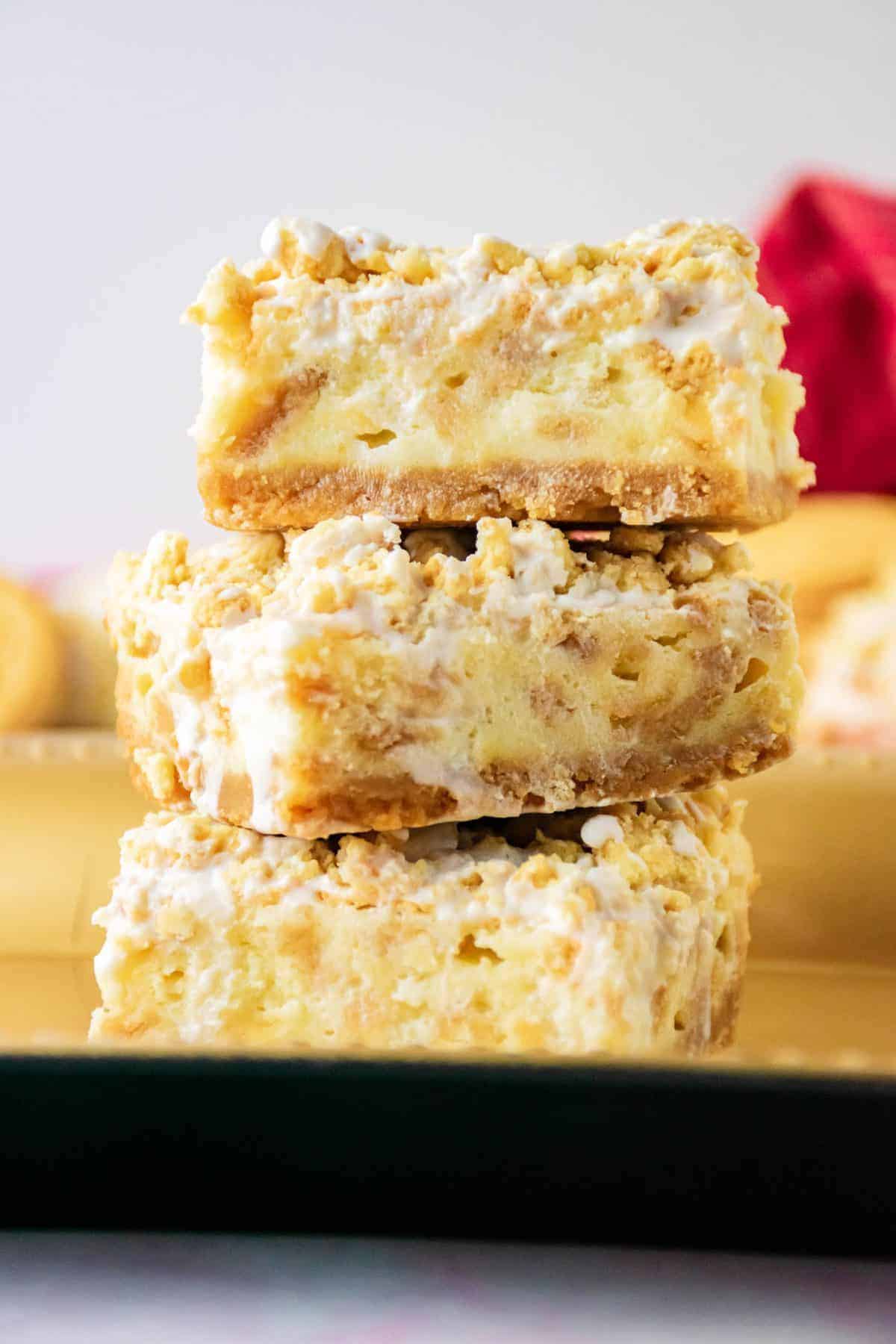 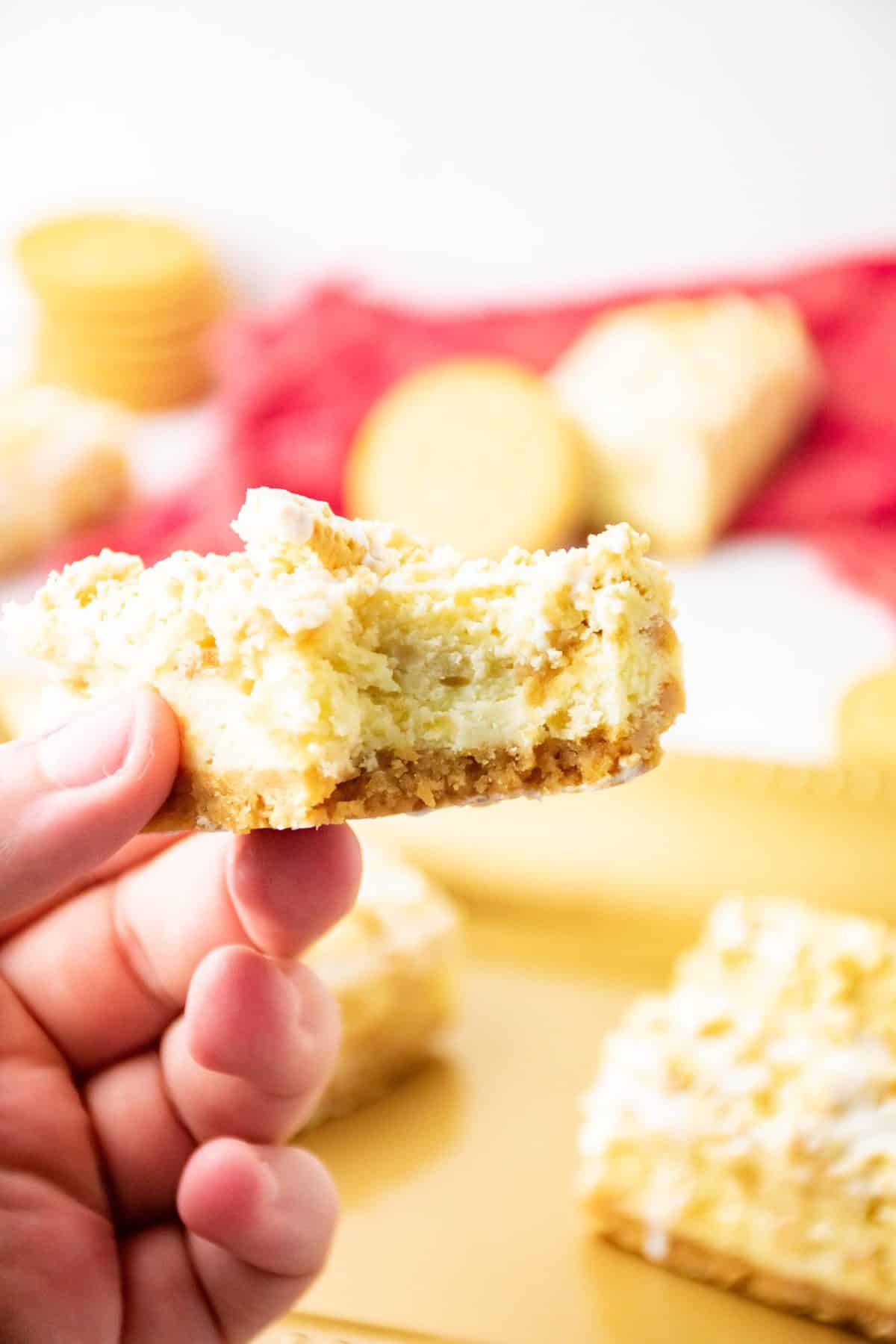 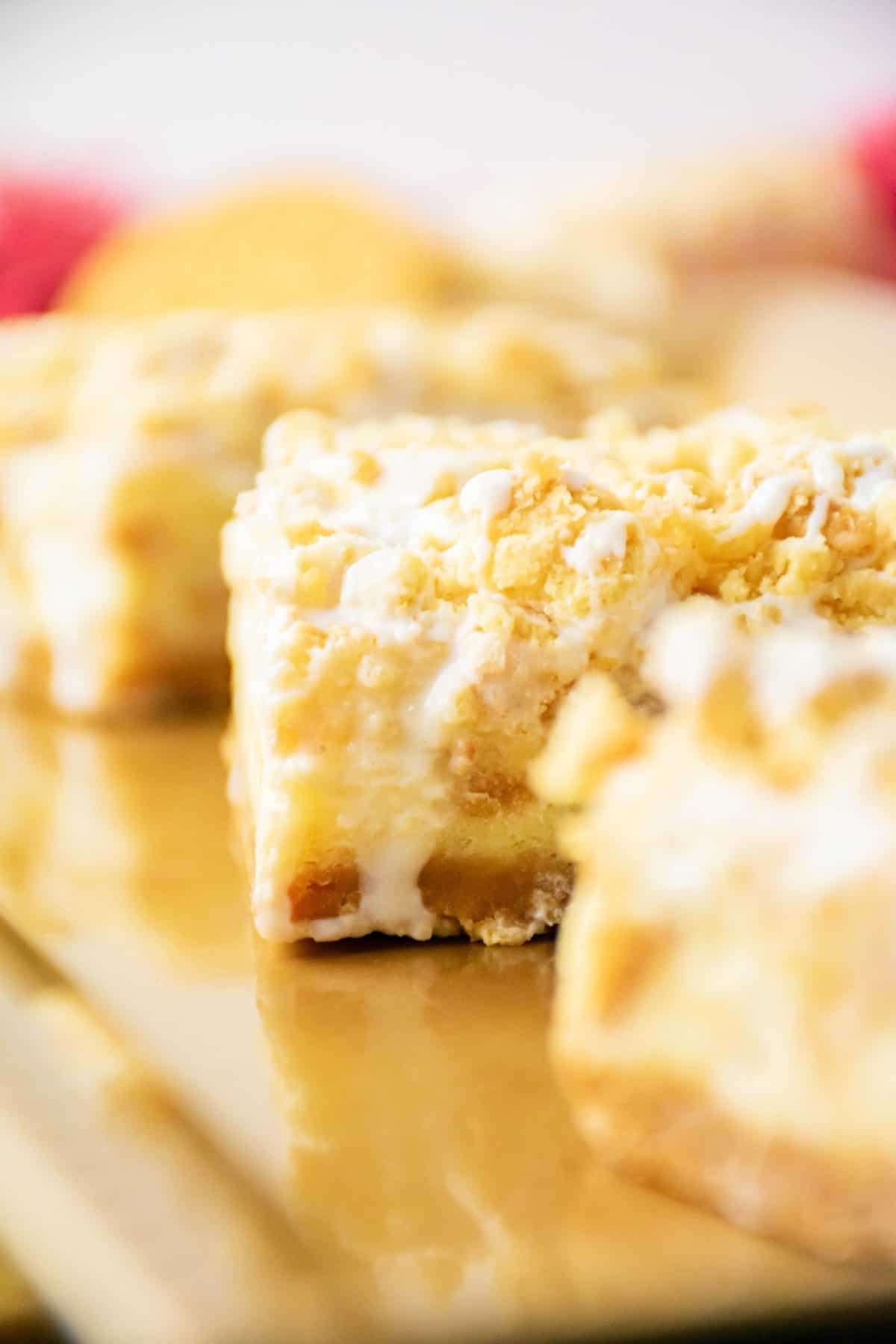 How long does cheesecake take to set?

For this recipe, you will need the cheesecake to set in the refrigerator for a minimum of 3-hours, but 5-hours or longer is recommended. The easiest way to make these cheesecake bars is to make them the night before and let the cheesecake set overnight, and then add the glaze the next day.

Is there a cheesecake flavored Oreo?

Yes, there actually is! You could switch the golden oreo cookies out for Strawberry Cheesecake Oreos which would actually be exquisite in this recipe! 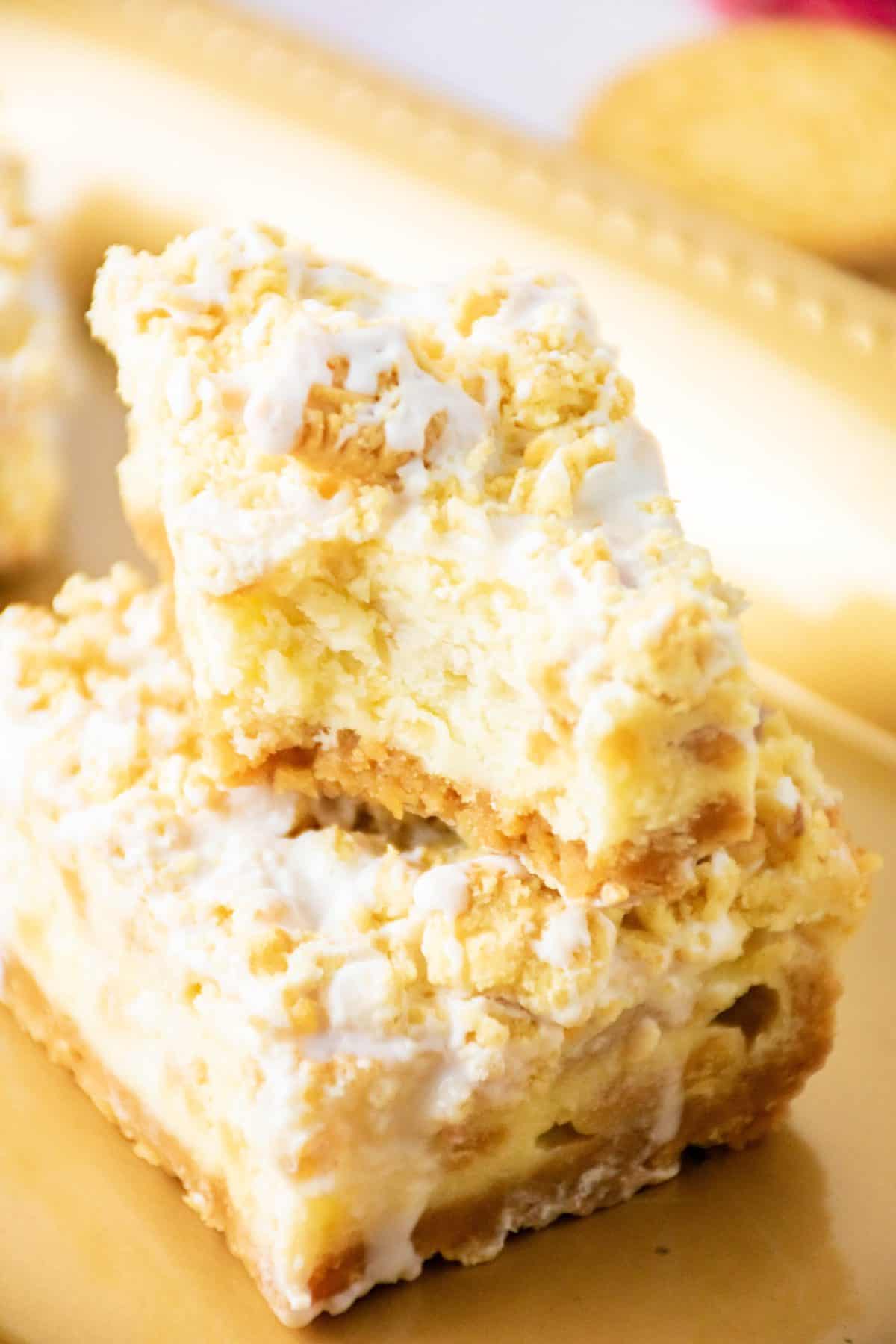 Why do I leave the cheesecake in the oven after it is done?

Cheesecake needs to be handled with care. It’s actually kind of fragile right out of the oven. Any sudden change in temperature can cause the cheesecake to crack. Slowly turning the temperature down and allowing it to cool a bit in the oven before removing it will ensure your cheesecake comes out just perfect.

How do I know if my cheesecake is done?

The simple answer is to gently jiggle it. Gently shake the cheesecake. If only a small circle in the center jiggles slightly, it’s done. It shouldn’t be too jiggly, but it does need to have a little jiggle in it otherwise it is overdone.

How long does this recipe take to make?

In addition to a 20-minute prep time, it will take 45-minutes to cook the cheesecake, and 5 hours to chill it. So, the entire recipe will require about 6 hours and 5-minutes from start to finish. 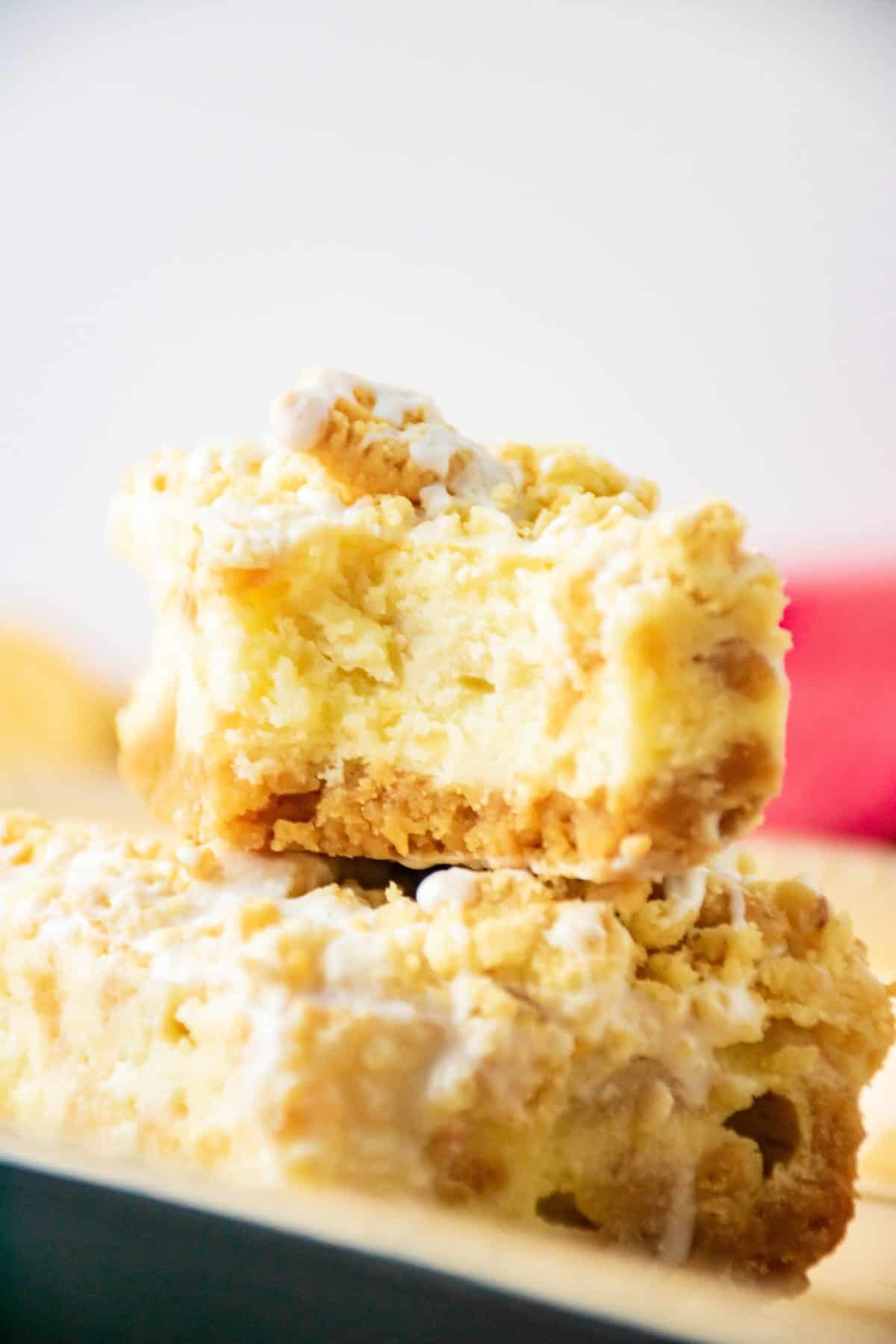 OTHER CHEESECAKE RECIPES YOU MAY ENJOY 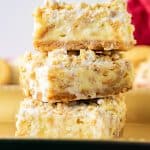 Creamy cheesecake loaded with golden oreos and topped with a chocolatey glaze and baked on a golden crisp cookie crust, these Golden Oreo Cheesecake Bars are perfect for any occasion.

It is crucial to follow the correct baking and cooling directions to prevent cracks in the cheesecake.

If the glaze appears clumpy when mixing, place in the microwave for 15-30 seconds and continue mixing.

Store in an airtight container in the refrigerator for up to 5 days.