This Creamed Corn Cornbread Casserole (say that 3 times fast!) is moist, delicious and full of bold flavors. Just the thing to warm you up on a chilly night. This post has been sponsored by Krusteaz, however all opinions are 100% my own. 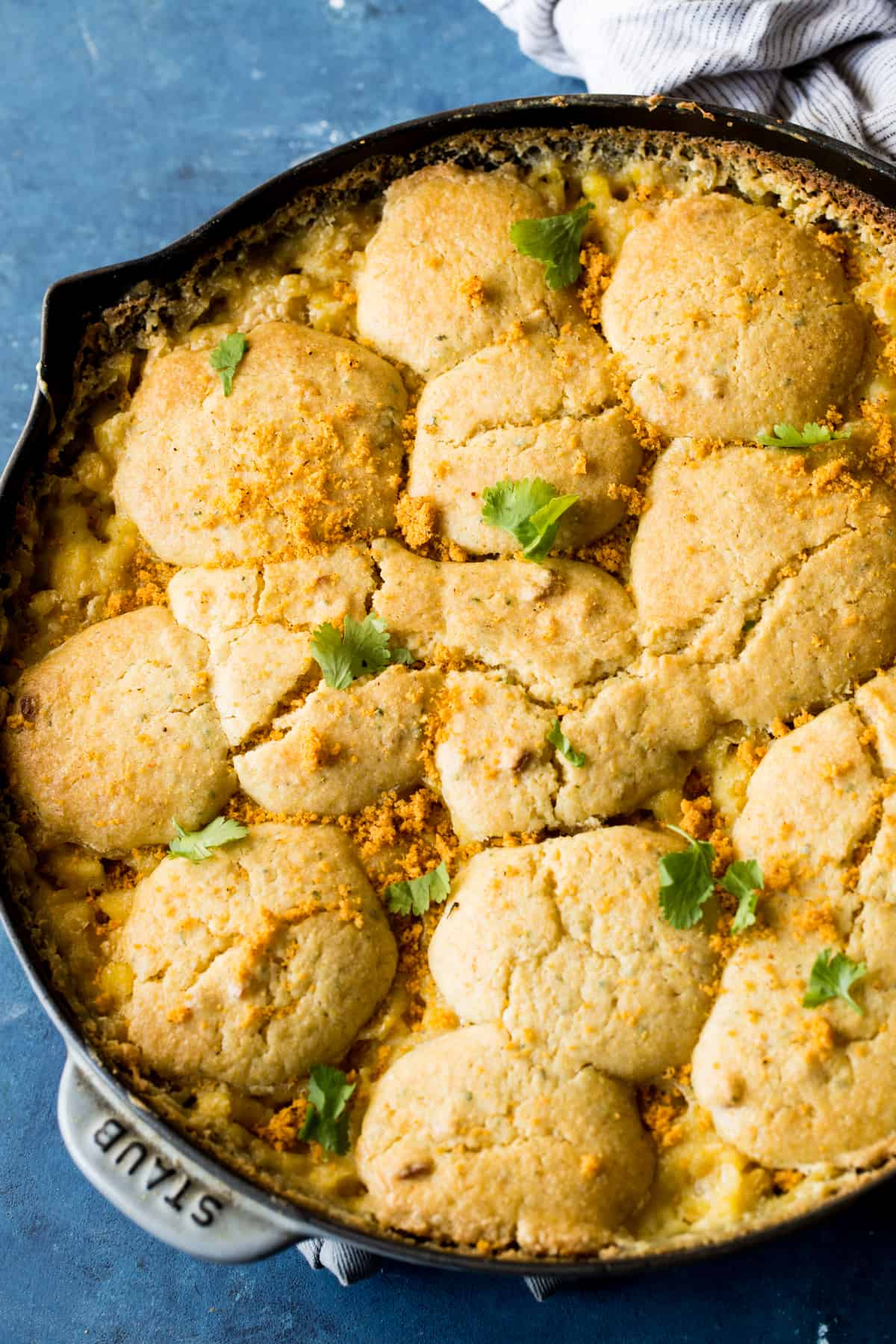 Friends, it is officially that time of year. The nights are getting longer, there's a definite chill in the air. These are the days that make me want to snuggle up on the couch with a blanket, a piping hot bowl of chili, and an enormous chunk of cornbread. So comforting and so satisfying!

I love all sorts of cornbread, from traditional buttermilk cornbread to cornbread made with blue cornmeal. But when I'm in the mood for something a little more substantial and a little more flavorful, I reach for this Creamed Corn Cornbread Casserole recipe. 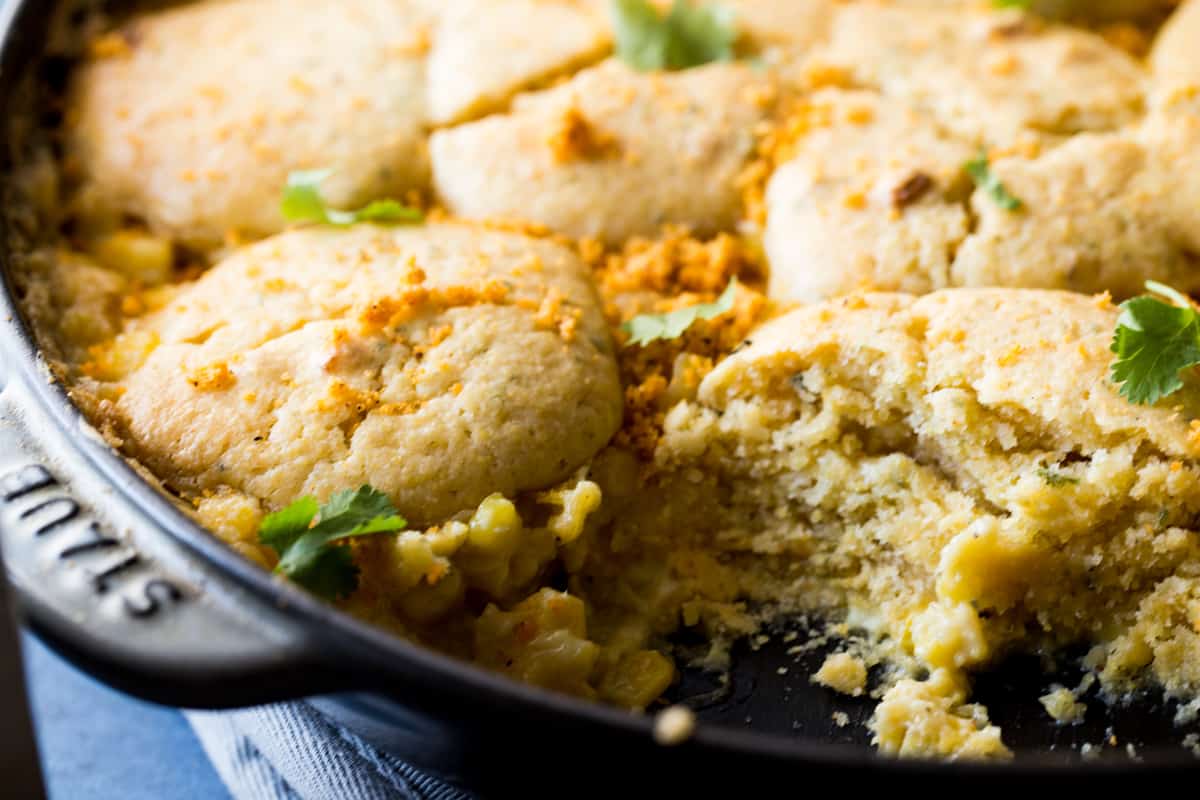 The combination of homemade creamed corn (so much better than the canned variety!) and the zesty Krusteaz Fire Roasted Cornbread Mix, which comes with a tasty Elote style chile lime and cheese topping, makes for a truly spectacular side dish.

Elote, a popular Mexican street food, is corn on the cob that is boiled or grilled in the husk. Typically eaten by grasping the husks that have been pulled down to form a handle, Elote is served topped with butter, salt, chile powder, cotija cheese and lime juice. 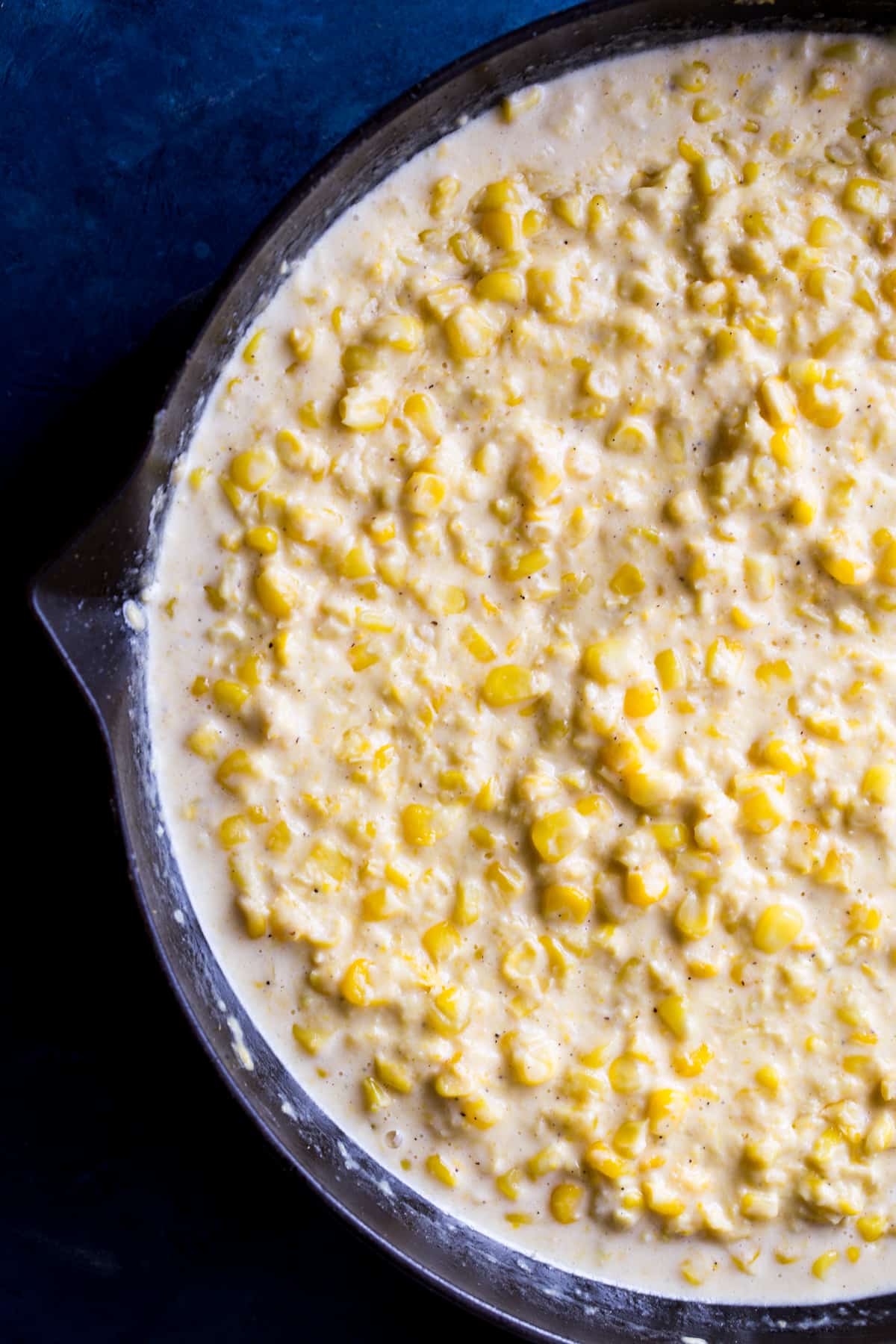 How to Make Creamed Corn From Scratch

If the thought of eating creamed corn makes you wrinkle up your nose, then you've clearly never tried homemade creamed corn. Nothing like its canned counterpart, creamed corn made from scratch is luxuriously rich and super tasty. Plus, you'll be amazed at how quick and easy it is to make!

Just sauté minced garlic in butter, add the rest of the ingredients (frozen corn kernels, heavy cream, sugar, salt & pepper) and cook for 5-6 minutes. Then blend half of the mixture to make it ultra creamy, and it is ready to serve.

While this homemade creamed corn makes a perfect side dish in its own right, it truly is the star ingredient of this delectable Creamed Corn Cornbread Casserole.

What to Serve with Creamed Corn Cornbread Casserole

Pair this cornbread casserole with my Firecracker Chili, or try it alongside these carnitas Mexican Street Tacos. 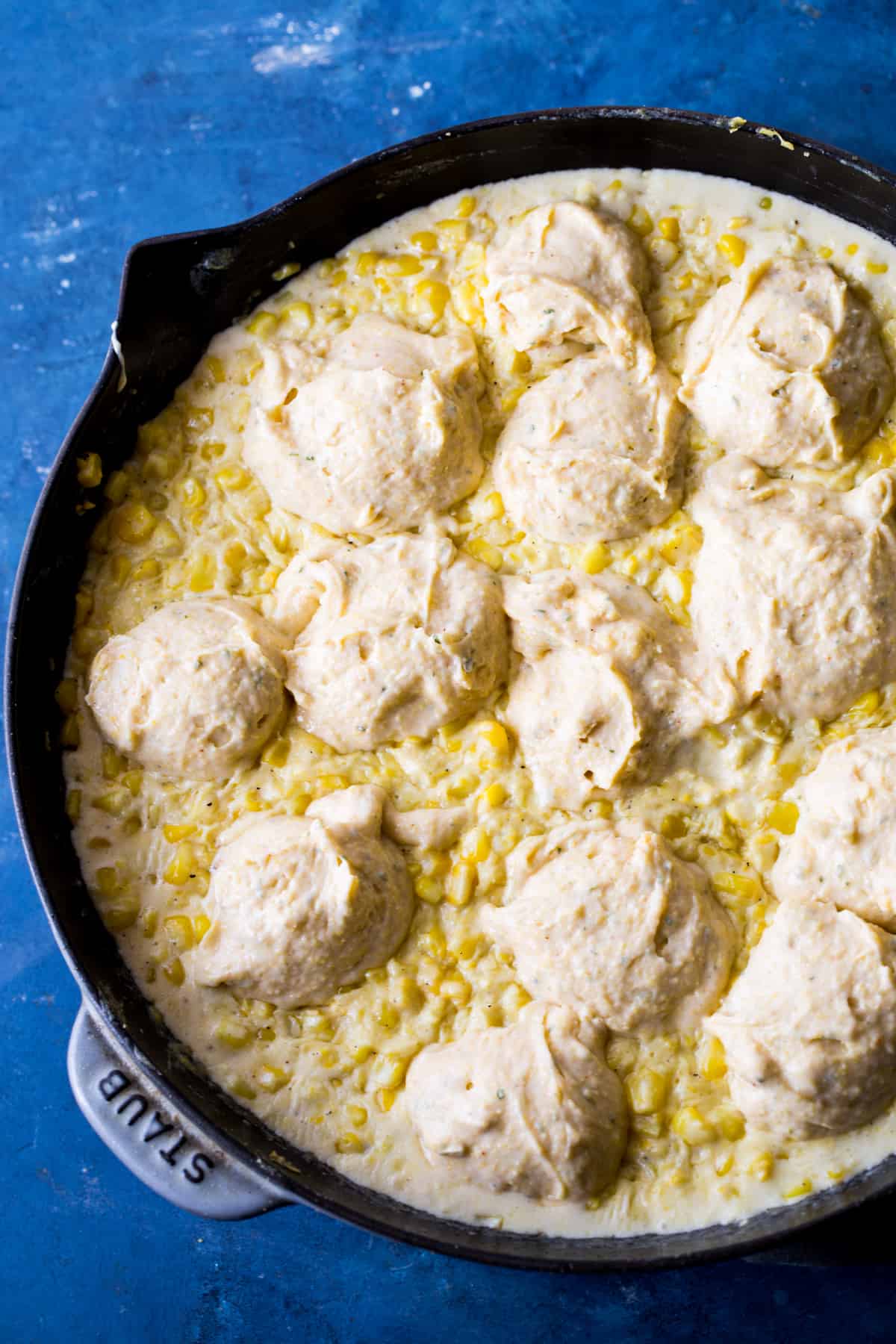 If you like this Creamed Corn Cornbread Casserole, then check out my recipes for Mexican Shrimp Ceviche, Crockpot Refried Beans, and Chipotle Chicken Tostadas. 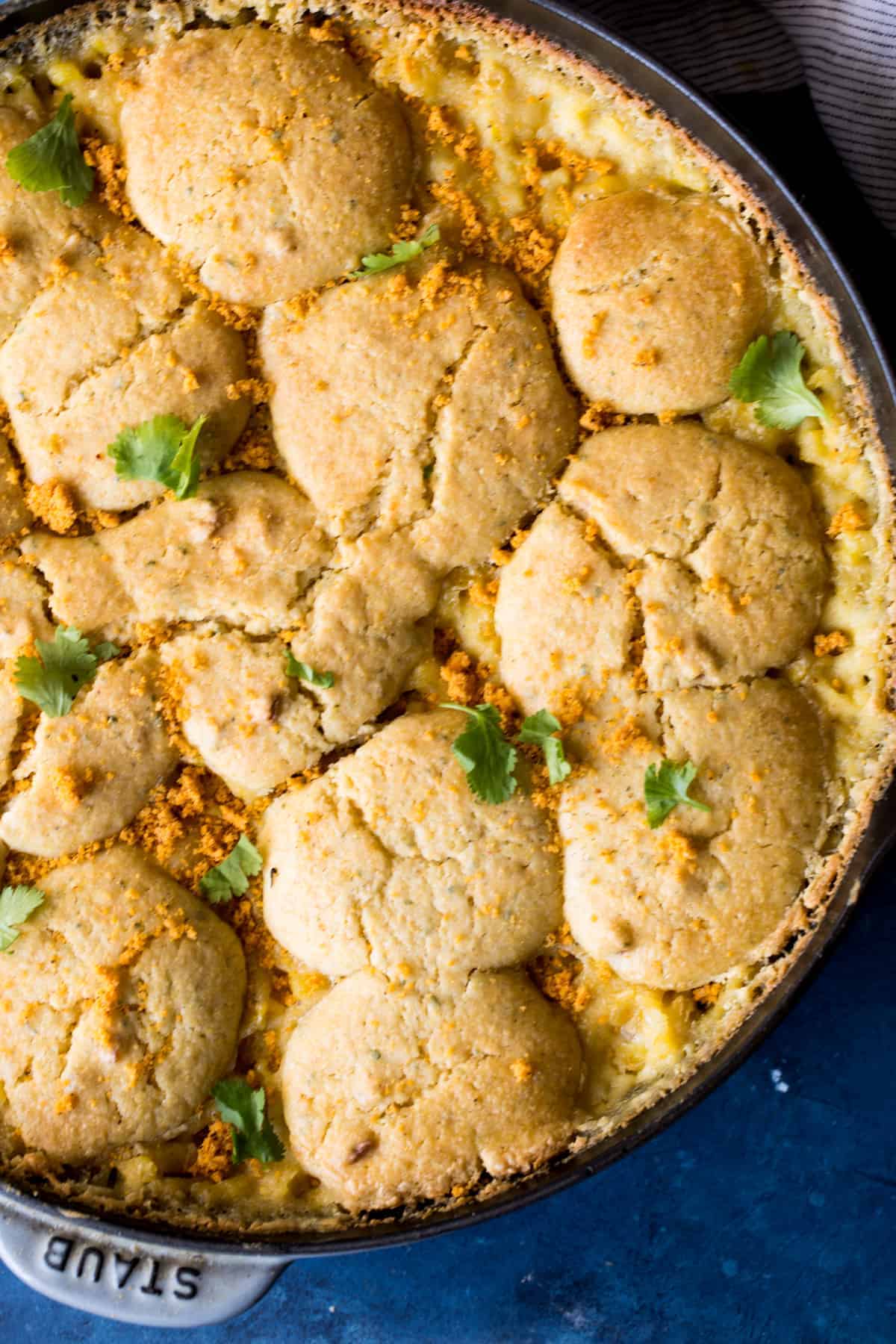 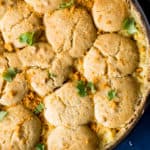