If you want a cake that screams fall, this Apple Cider Donut Cake is the perfect choice. Brimming with the flavors of warm apple cider, cinnamon, and nutmeg, this cake is soft and addicting. Finish it off with a cinnamon and sugar topping for a perfect bite every time. 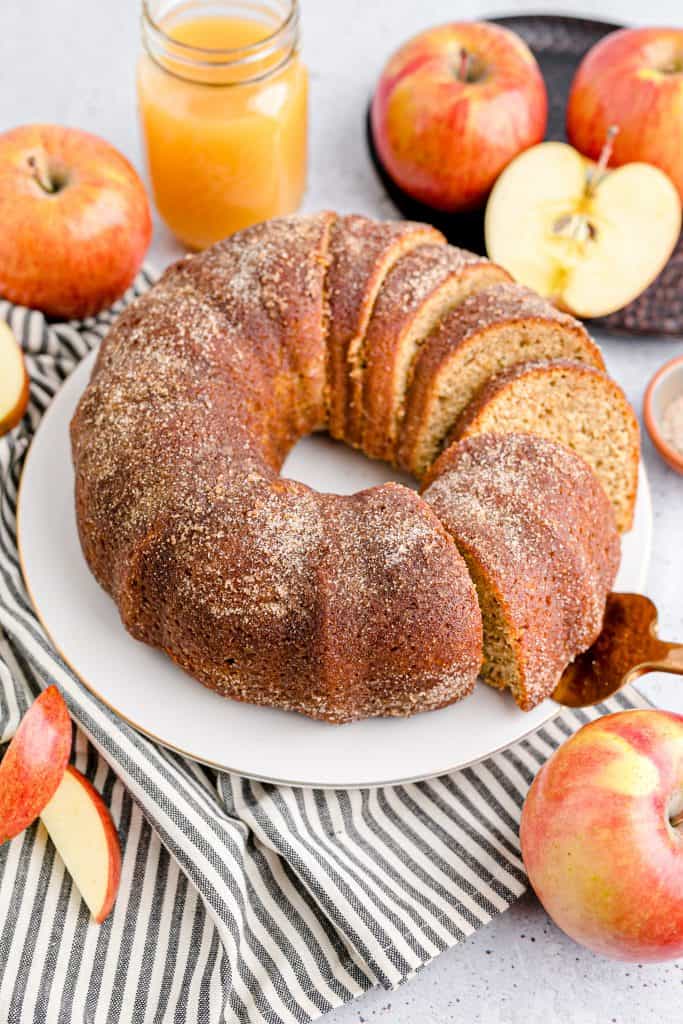 Fall will forever have all my favorite flavors. Mainly because I love that spiced taste to everything. Those flavors and scents always make me feel like I have the warm fuzzies even if it’s 90 degrees outside. It’s crazy how a smell or taste can do that to you, isn’t it? Just another reason to love everything about fall. Yes, I’m one of those fall obsessed ladies. Please don’t talk me out of it. 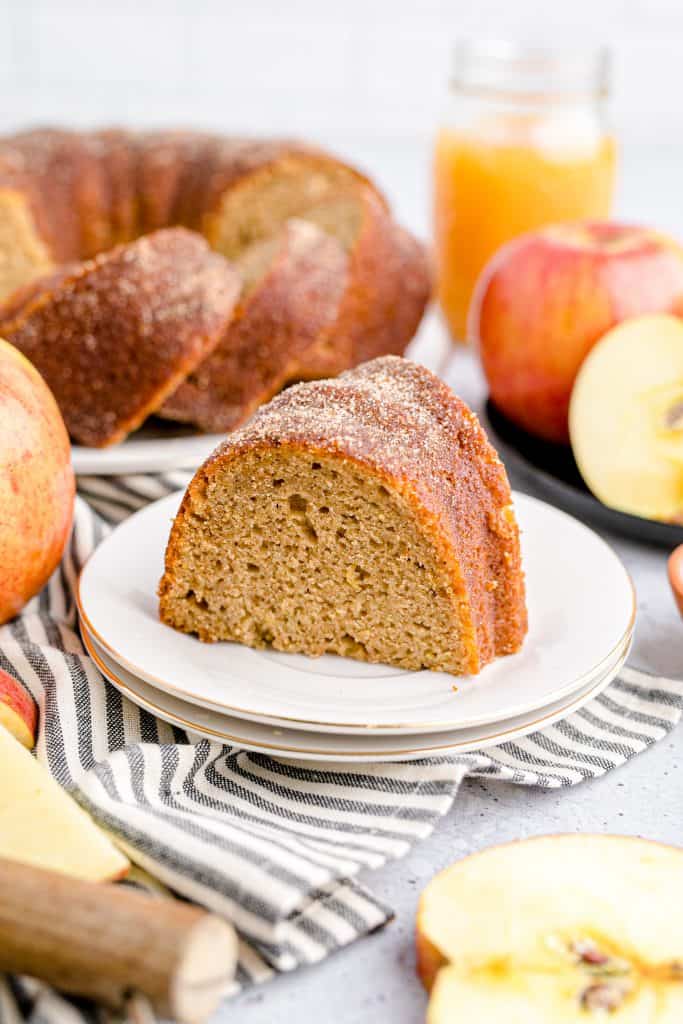 If you give this cake a go and love it, you’ll definitely want to give my caramel apple cheesecake bars, caramel apple pie cake, or apple cake a try too. If you were wondering, they basically bring fall to your mouth like it’s a college party. While you’re at it, you may as well try my apple caramel recipe too. Why not, right? Enjoy! 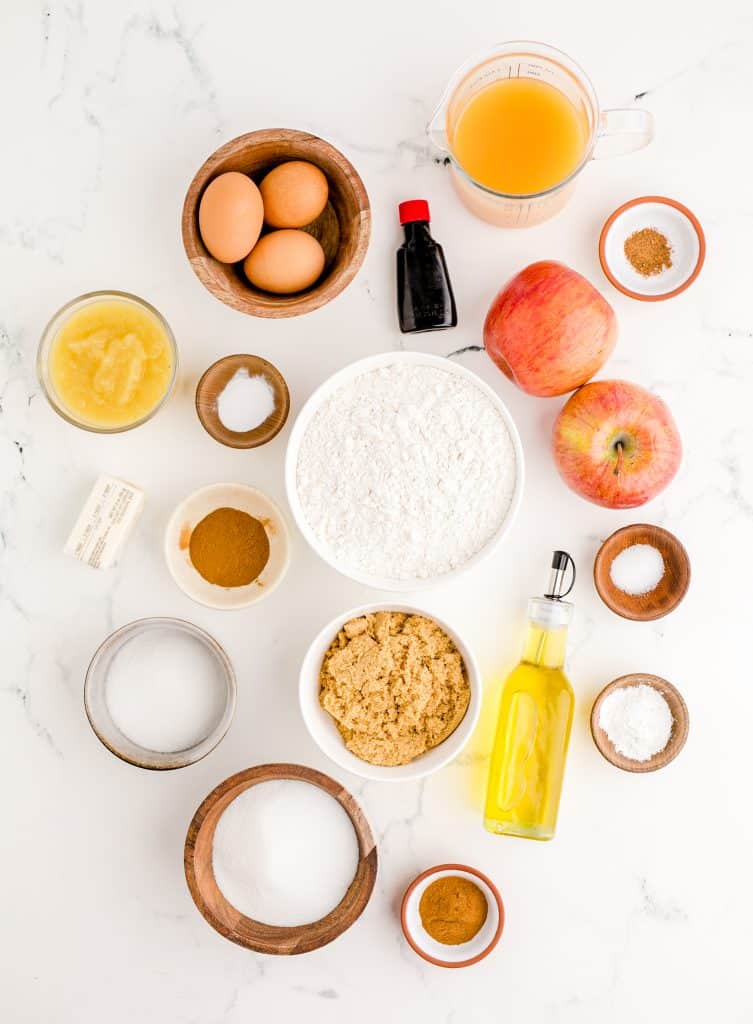 How Do You Make Apple Cider Donut Cake?

What is a Donut Cake? 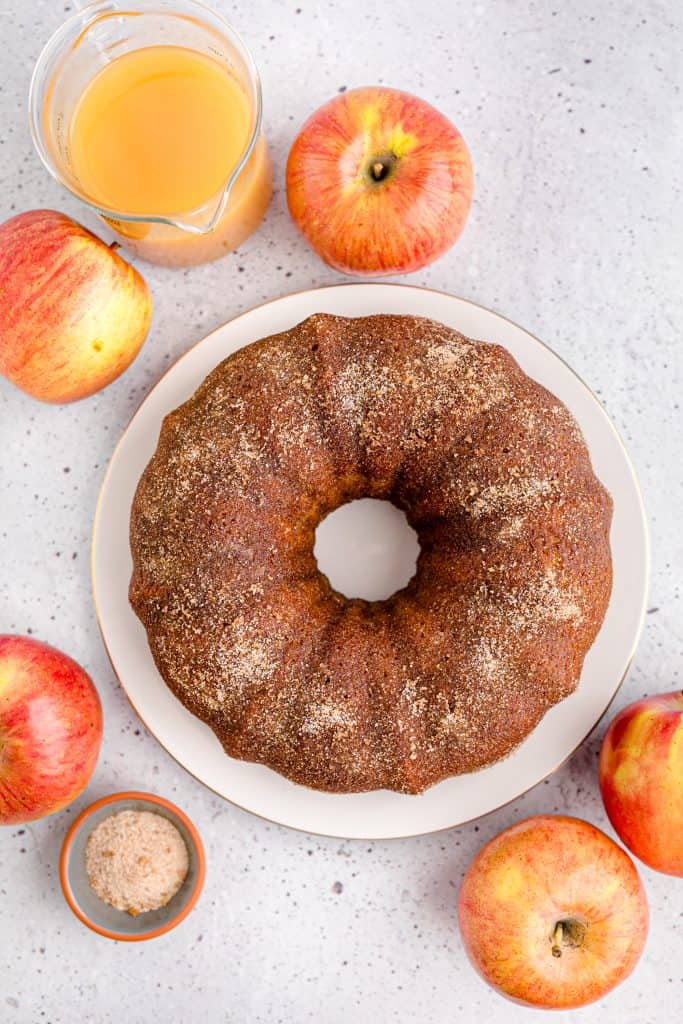 If they do, I think I would be in heaven. However, I’ve never heard of them offering donut cakes. Maybe they’re missing an opportunity with this, am I right?! They definitely should get on that as I think a ton of people would jump on that boat. 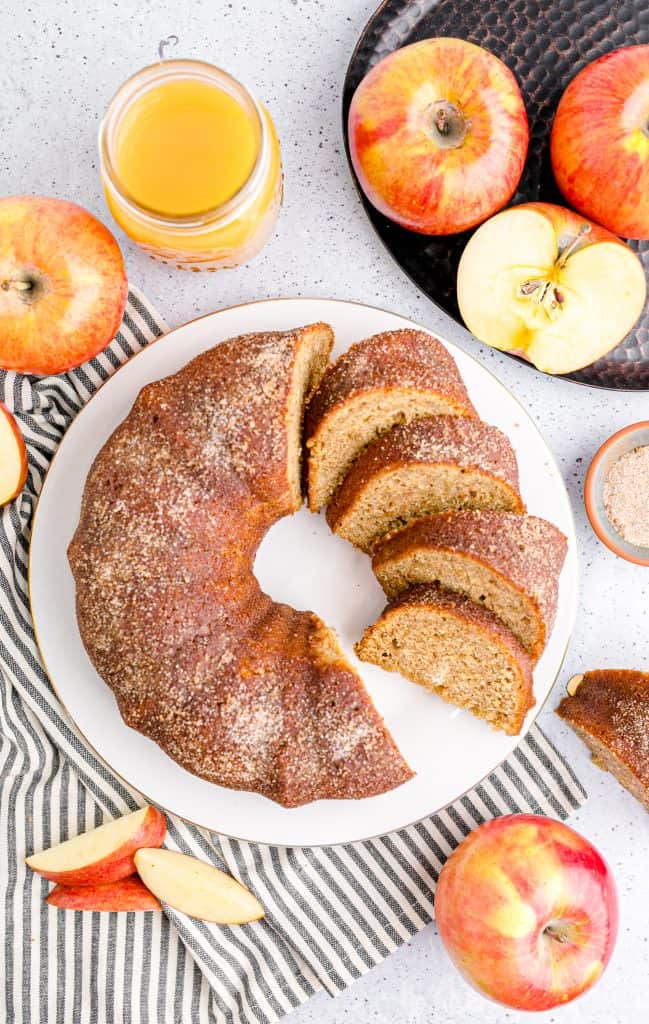 Please feel free to share your experience with making this Apple Cider Donut Cake in the comments below or on social media! 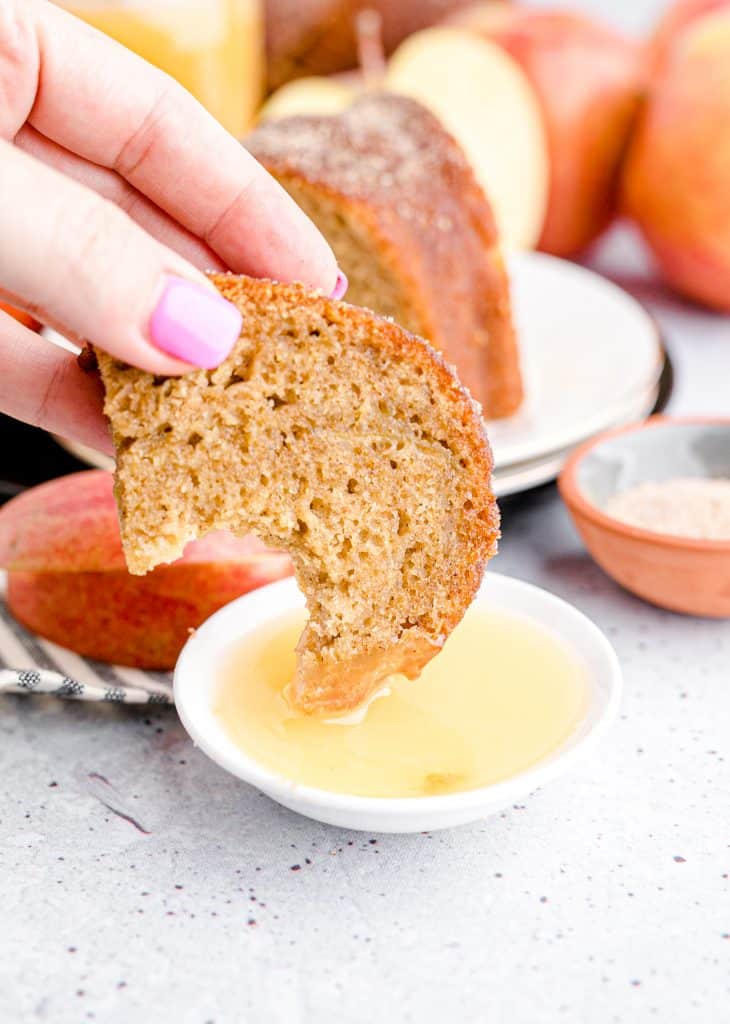 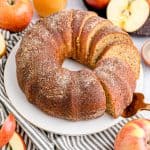 This Apple Cider Donut Cake is brimming with the flavors of warm apple cider, cinnamon, and nutmeg, this cake is soft and addicting. Finish it off with a cinnamon and sugar topping for a perfect bite every time.