Churro Cupcakes are the perfect dessert for your fiesta! These light and fluffy cinnamon cupcakes are topped with a sweet cinnamon cream cheese frosting and a crunchy churro! 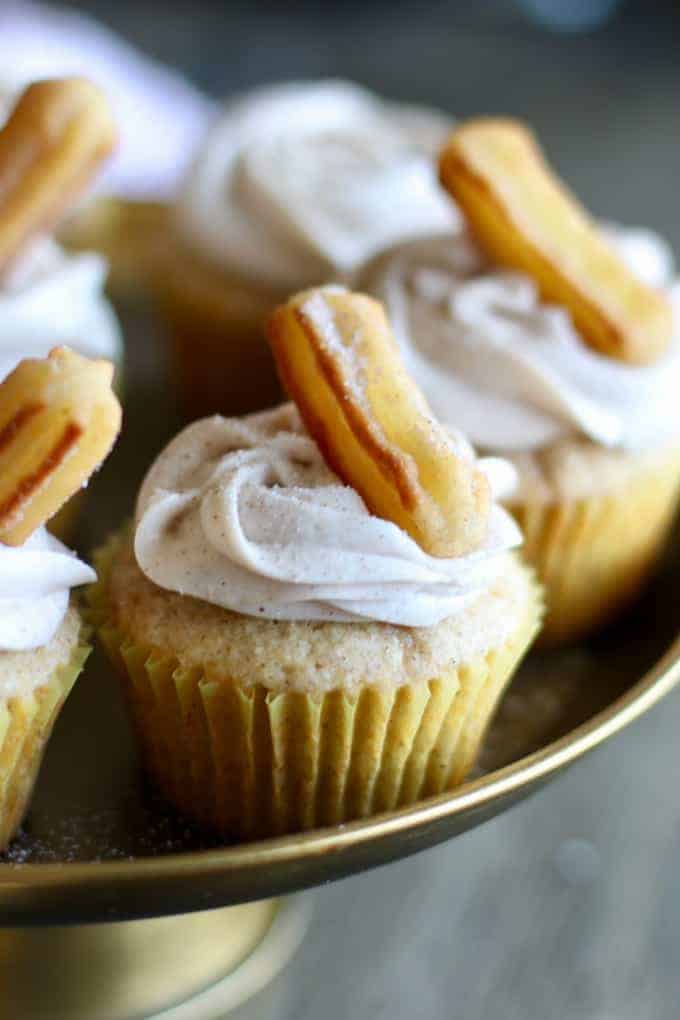 May is a great month here in San Diego. Although we don't actually celebrate Cinco de Mayo, I certainly take advantage of all of the delicious Mexican recipes floating around and the awesome deals on cilantro, peppers, and carne asada meat! After a delicious meal though and a cold Corona, something sweet and cinnamon-y is the only way to end the night. These Churro Cupcakes are great for that! 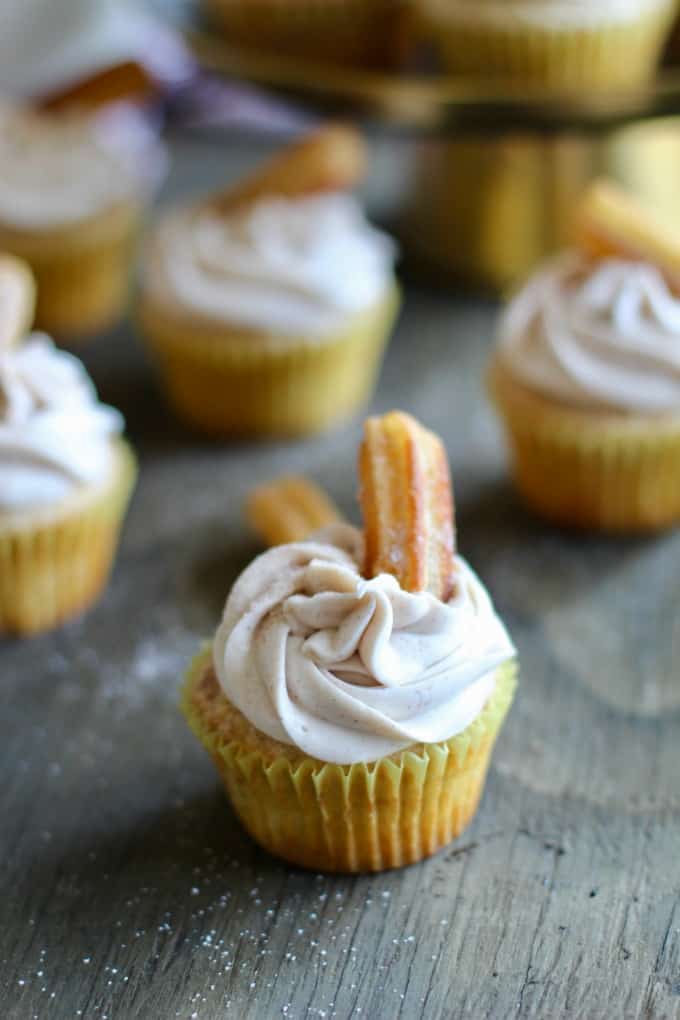 Last year around this time, I made these phenomenal Dulce de Leche Milkshakes. They were topped with a Pepita Brittle and homemade Churros. I managed to make a few churros and even made a churro ice cream sandwich. That churro sandwich was the absolute best thing I have ever eaten. Unfortunately, that was the first and last time I will ever make churros as I was sore for 3 days trying after trying to pipe the dough. Thankfully though, most major grocers sell frozen churros that you simply pop in the oven or fryer. For this particular recipe, I purchased the churros at Trader Joe's. 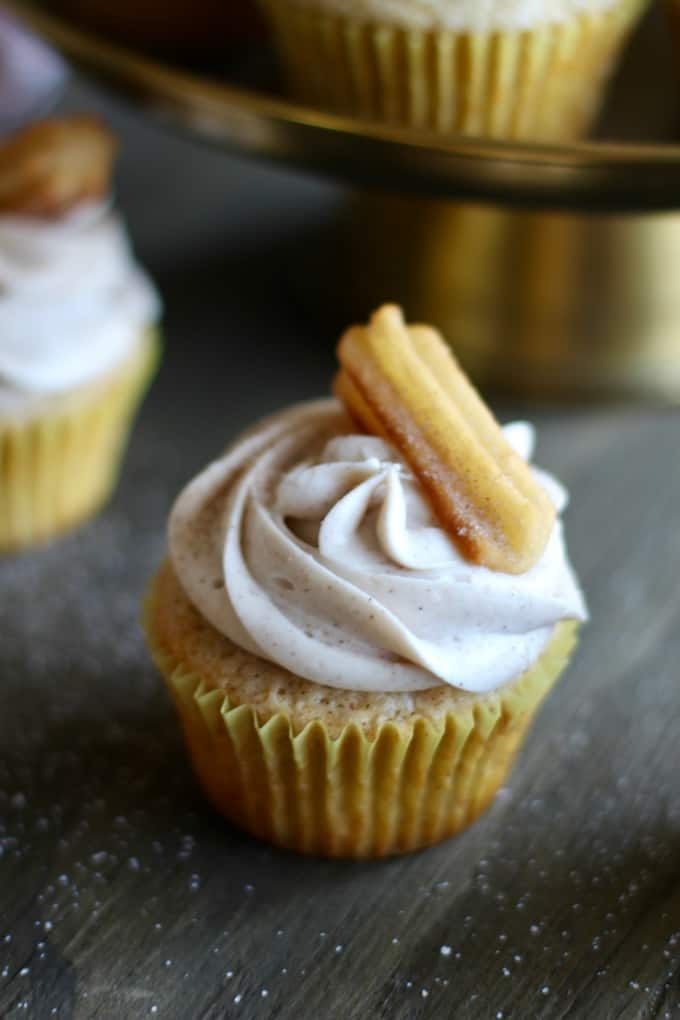 These Churro Cupcakes have a buttery cinnamon cake based that is swirled with Mexican Vanilla (aff link). If you have never used Mexican Vanilla, get some now. It is gloriously flavorful and a little goes a long way! The frosting has the same cinnamon and vanilla flavors and is studded with sprinkled cinnamon and sugar, just like a churro. While not necessary, these cupcakes are garnished with a delicious churro, which is literally the topping on the cake! Enjoy! 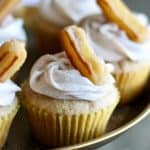