These Caramel Apple Cinnamon Rolls are an indulgent taste of fall. Made with luscious Cajeta sauce and topped with a vanilla bean glaze, these are the cinnamon rolls you'll be craving all season long! 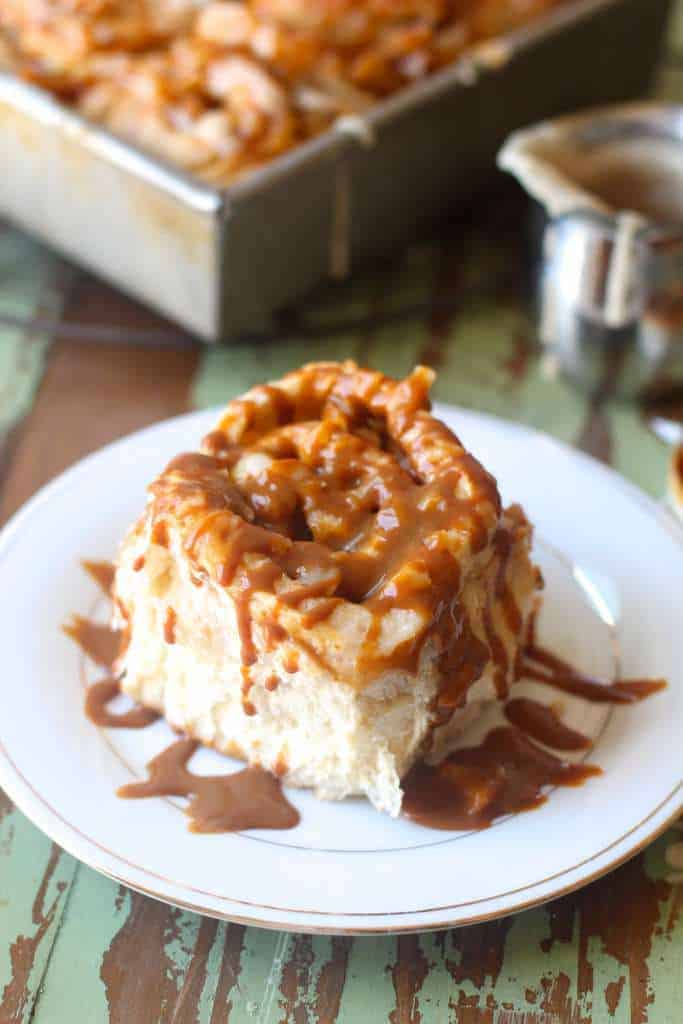 For the last few years I have been without a valid passport. It was always on my list of things to do, but I somehow never got around to doing it. Well, when we booked our Europe tickets last year, it was something that had to be done! And now that I have it, I want to go everywhere! 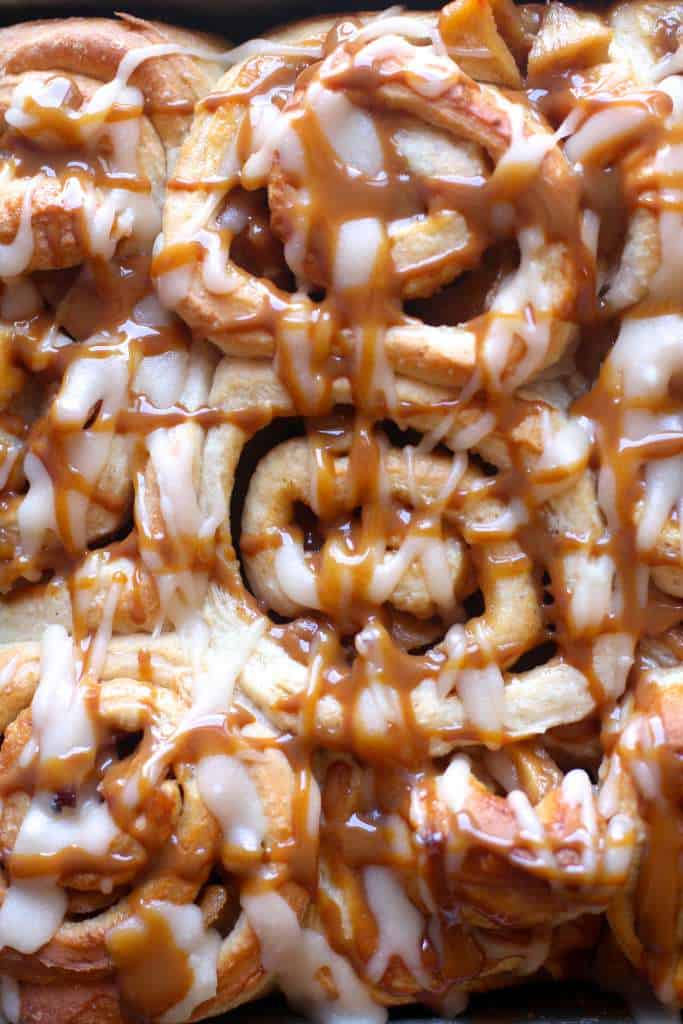 About two weeks after returning home from Europe, I took a day trip down south to Mexico. I had been wanting to do it forever! A friend and I left early and made our way to Puerto Nuevo for some fresh lobster and shopping. If you are a lobster fan, this is where you need to go! 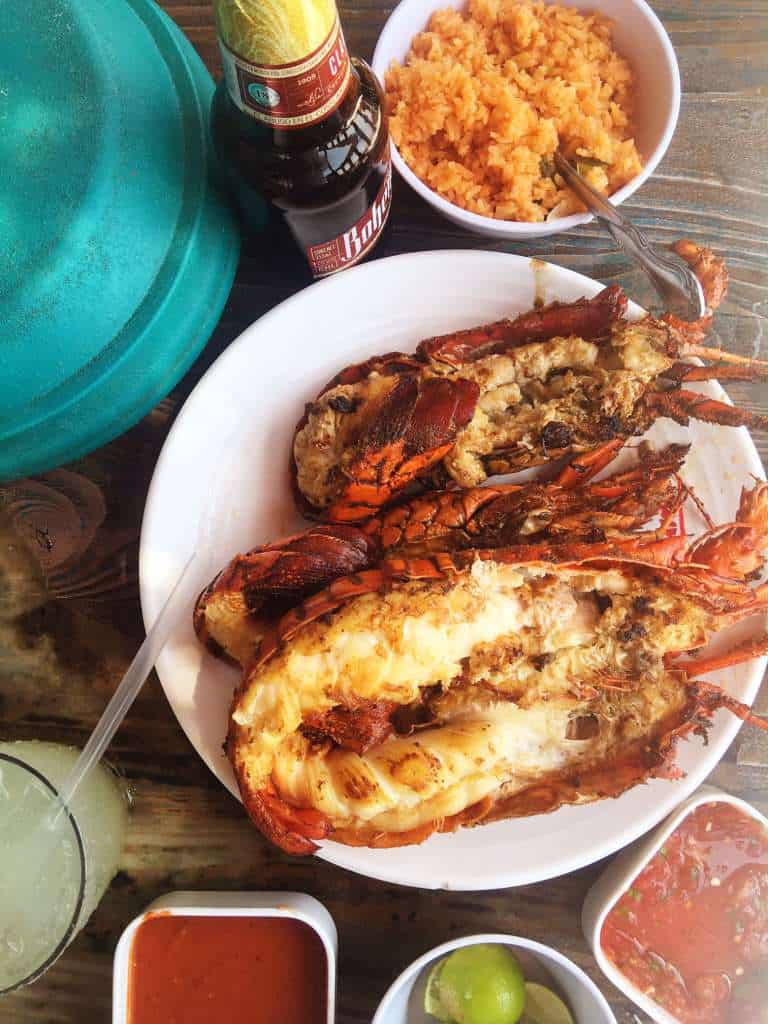 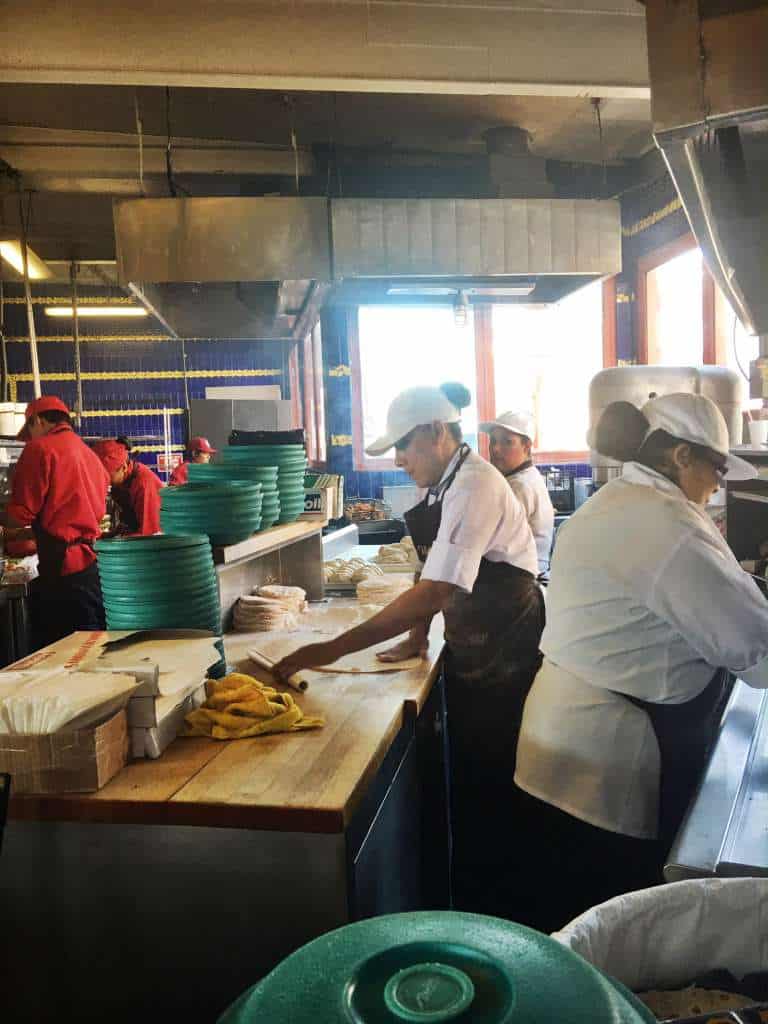 For about $20 per person, we got huge fresh delicious lobster with melted butter, rice, beans, chips, salsa, and soup. So much delicious food!!! We of course could not resist a couple margaritas. Let me tell you that margaritas in Mexico are not the same as in the States! After two, I was walking on the clouds! 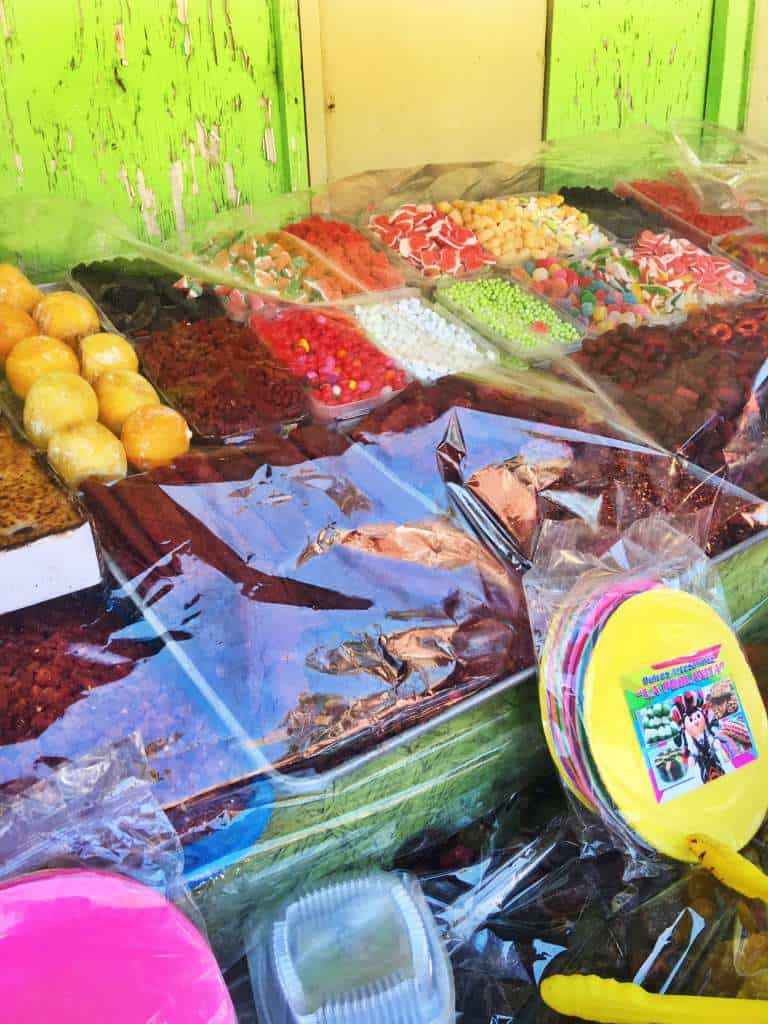 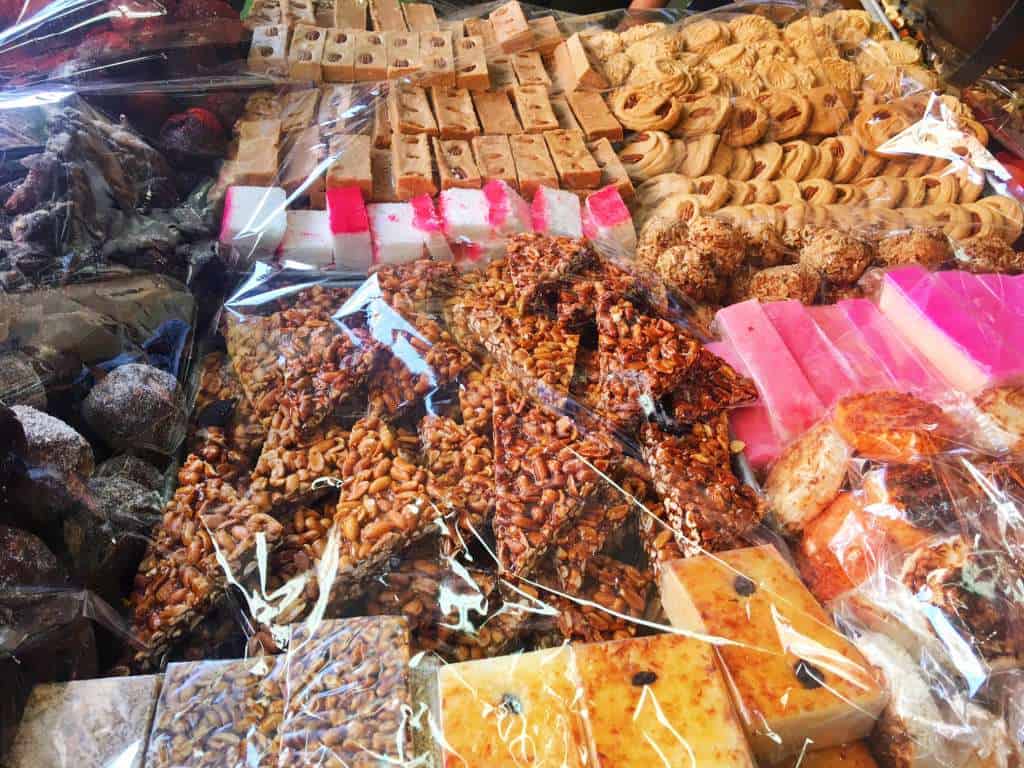 After lunch we did some shopping. The candies and dried fruit displays were spectacular, plus the vendors like to drive a hard bargain. 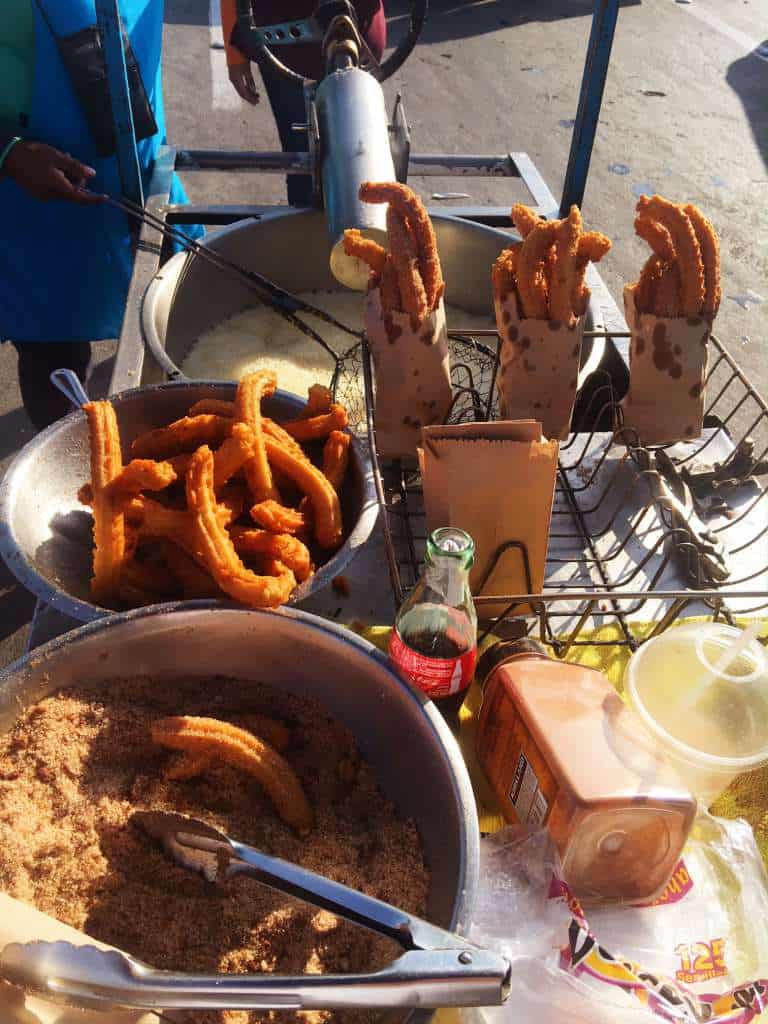 After shopping we decided to head back home. Although stuffed to the brim, I could not resist the fresh Churros that were being made right next to our car. Since we sat for about 2 hours, I got out and had them make a few fresh batches to eat and take home. All in all it was an amazing afternoon, and one that I will be doing again next weekend!

While shopping, my friend recommended that I buy this caramel sauce called Cajeta. I couldn't actually see it as it was wrapped up in thin wood and plastic but I took her word for it. And HOLY CARAMEL  – this stuff is to die for!!!

Cajeta is an ultra thick caramel sauce that is made by slow cooking goat's milk, sugar, cinnamon, and vanilla bean. It is a specialty of Celaya located in Guanajuato, Mexico. Using goat's milk as the base gives this caramel a unique flavor, and the slow cooking process makes it thicker than some of the more traditional caramel sauces.

Trust me when I say you simply must try it for yourself. And since not everyone is able to just pop down to Mexico for the day to pick up a jar, I recommend ordering this brand which comes in an easy-to-use squeezable bottle.

I decided to bake with my supply of Cajeta, mainly so that I could get it out of my house. For some reason, this stuff is like a magnet to a spoon and my mouth! And with fall in the air, making these delectable Caramel Apple Cinnamon Rolls is a must. 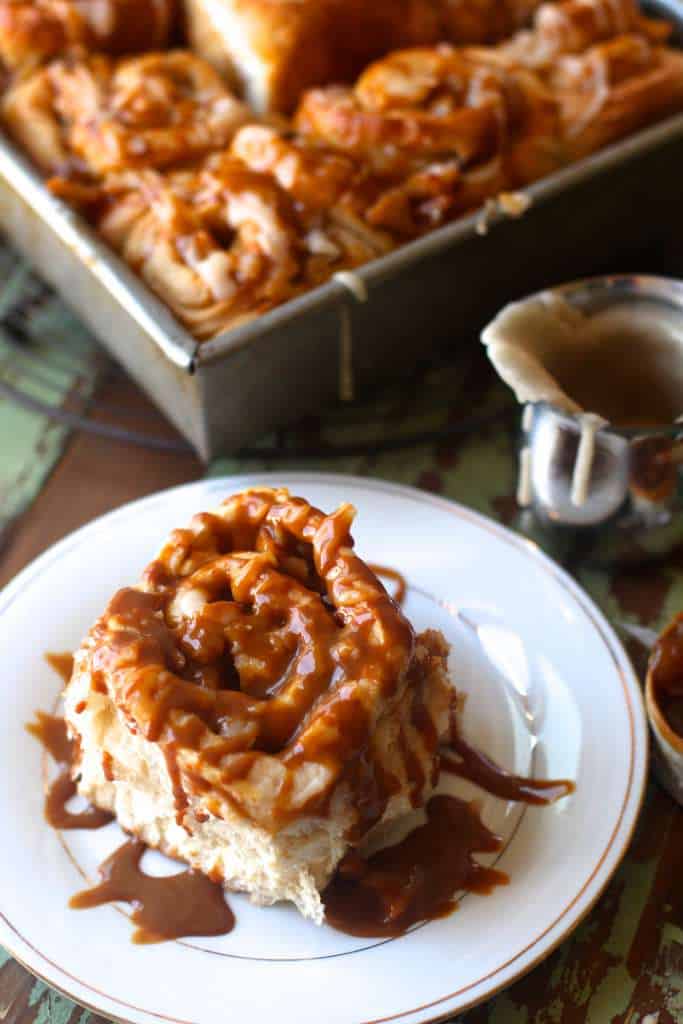 Love these Caramel Apple Cinnamon Rolls? Then you'll want to check out this recipe for Caramel Apple Pie Cake, my Chocolate Hazelnut Caramel Tart, and this Caramel Peach Pie recipe. 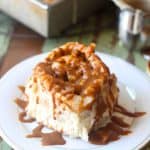