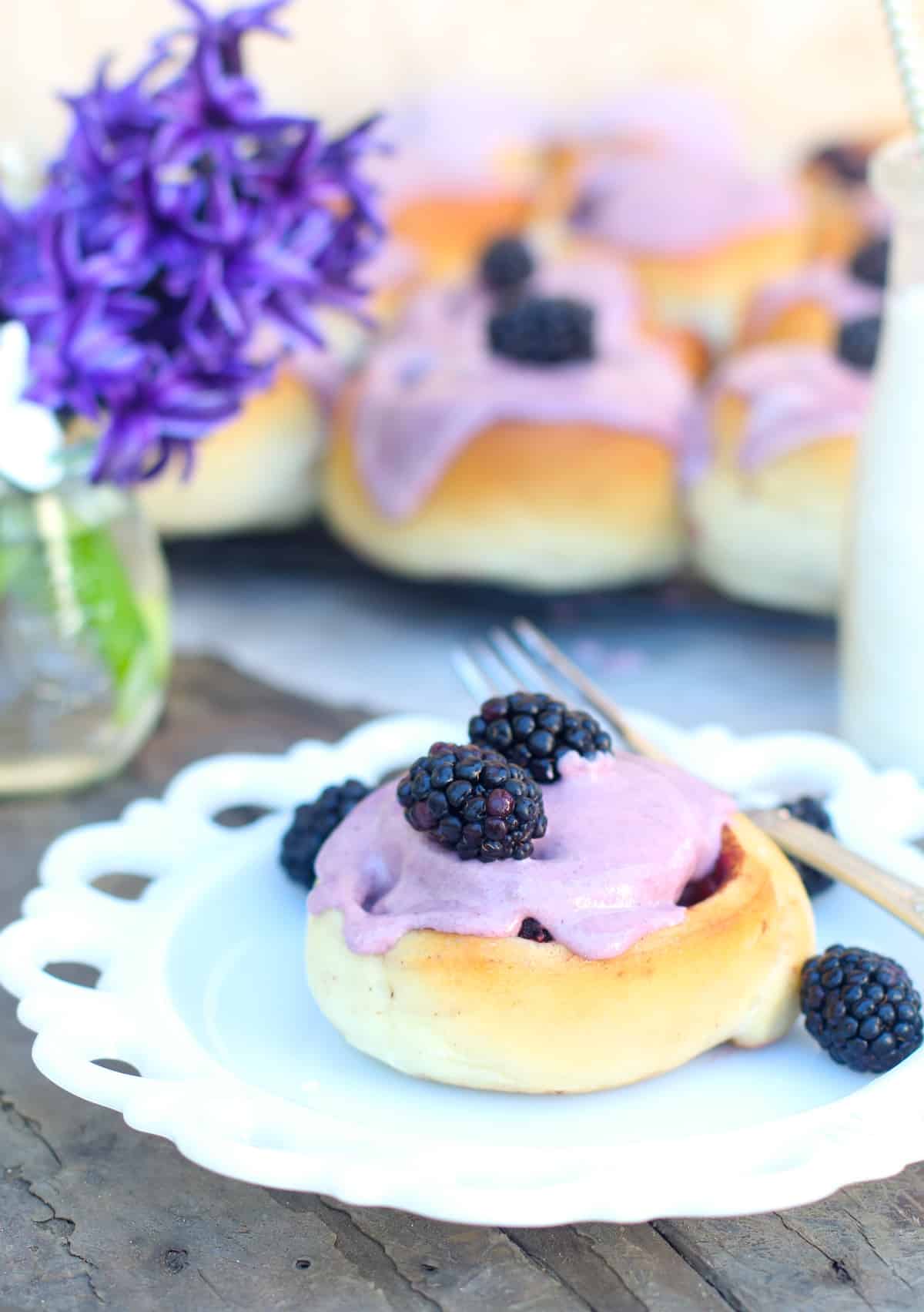 Last week I attended Knotts Berry Farm's Boysenberry Festival media preview event. I absolutely love anything boysenberry flavored, so the event was not to be missed. While I was there, I was posting pictures of the scrumptious boysenberry themed desserts on my Instagram and Facebook feed. Little did I know, my husband and kids were stocking my Instagram to see what I was eating. They were quite peeved when I didn't come home with a Fun Bun for them. 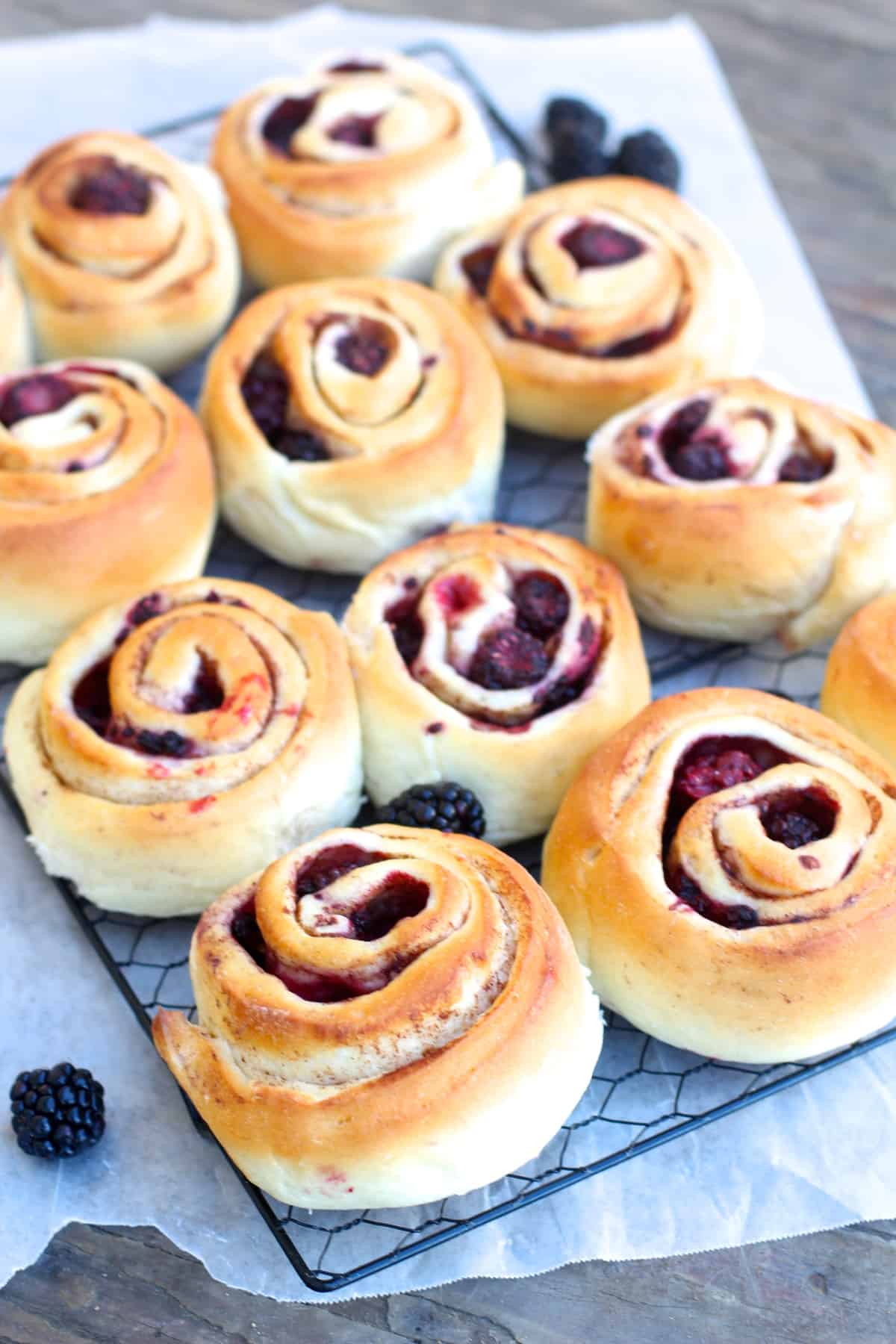 In order to make up for my night out last week, I thought I would create something like the Knott's Fun Bun for them to enjoy after school. However I made quite a few changes. Do you know that I have never actually seen a fresh boysenberry for purchase here in California? Crazy huh! Anyway, since there were no boysenberries available, I submitted the rolls with fresh blackberries. The Knott's Fun Bun is a donut/ cinnamon roll hybrid. It's a traditional cinnamon roll that is deep fried and topped with a boysenberry cream cheese frosting. It is absolutely something worth eating, but not worth recreating exactly, in my personal opinion. We plan on enjoying the real deal at Knott's every Spring. 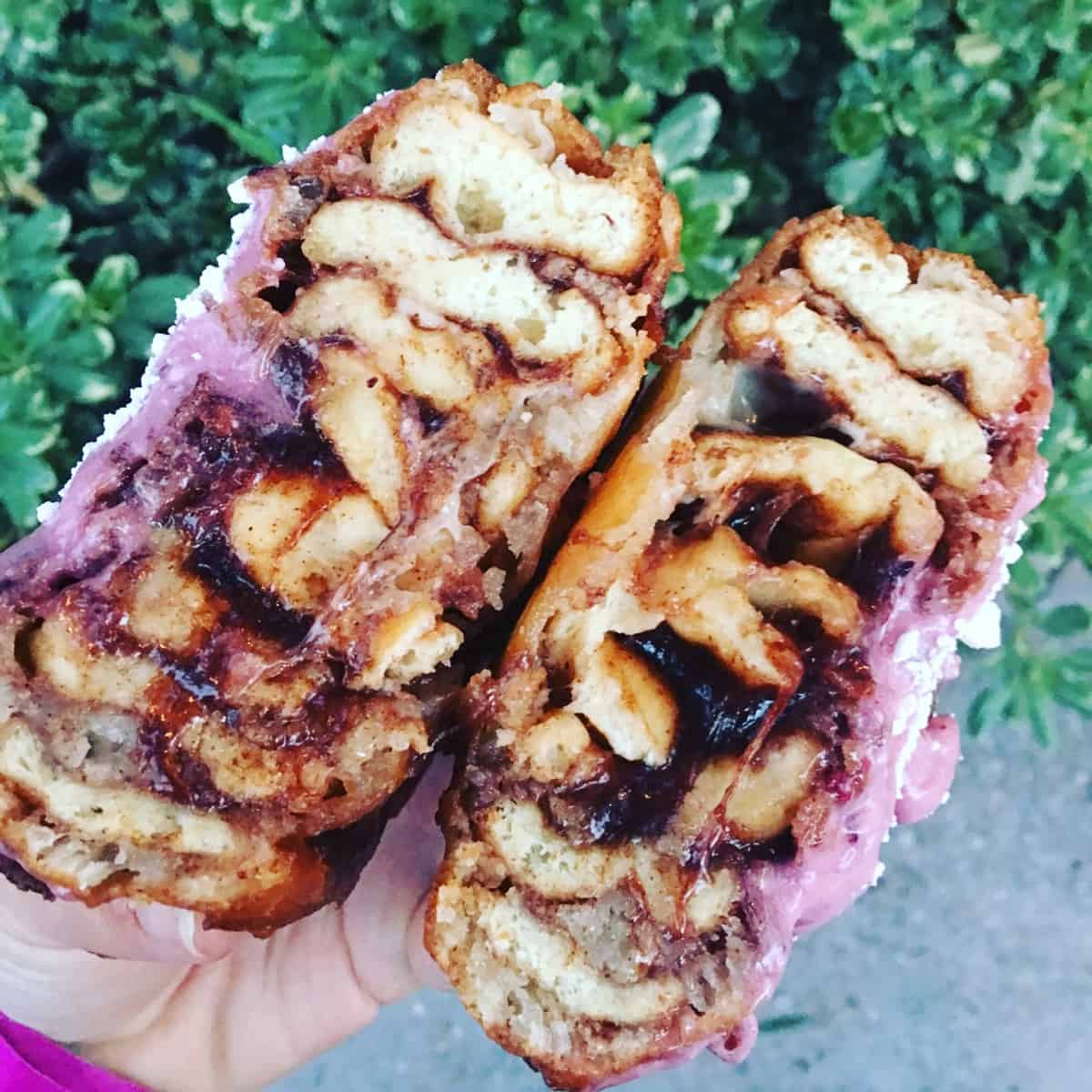 Although not exactly what they saw on Instagram, my kids were still pretty stoked when they came home to find these Blackberry Cinnamon Rolls. We definitely plan on remaking these for Easter Brunch this year. 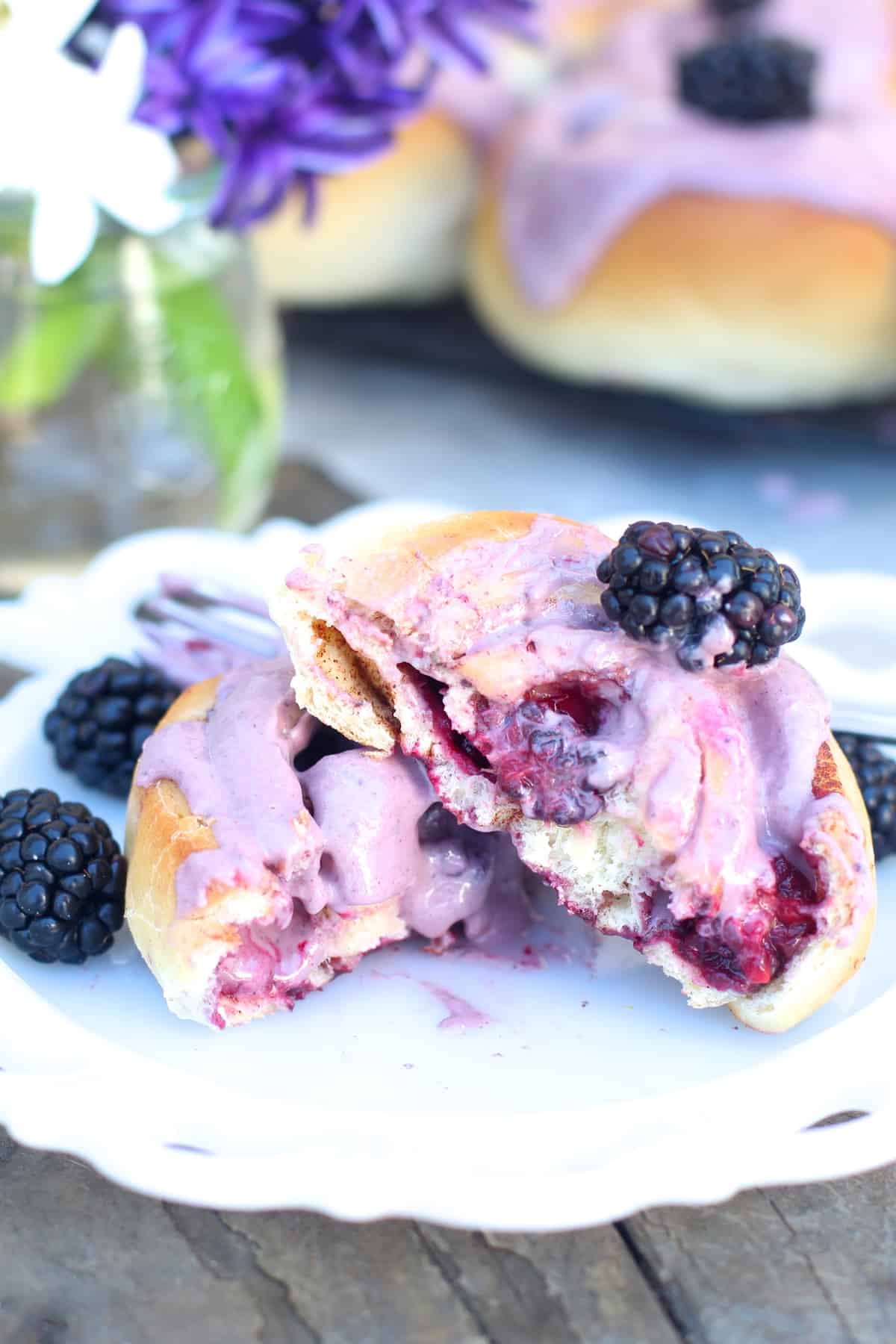 Now, if you are in Southern California next month, I highly suggest you visit Knott's Berry Farm. Don't forget to try the Fun Bun and their Boysenberry Beer and Cider (do half and half). Here's the complete low down-

Knott’s Berry Farm is the birthplace of THE Boysenberry and each spring, Knott’s celebrates the flavorful berry and it historic roots during the Knott’s Boysenberry Festival with unique food and live entertainment. For the first time ever, the mouthwatering festival is expanding to three weeks, April 1 – April 23. The 23-day food festival features over 80 one-of-a-kind boysenberry inspired dishes, drinks and more, plus foot-stompin’ entertainment, the Wine and Craft Brew Tasting Garden, and family fun everyone will love!

From sun up to sun down, the festival offers good ol’ fashion food, fun and entertainment. Pick up a tasting card to sample a few of the most popular boysenberry dishes in the park. For guests with a hankerin’ for some live entertainment, the options are endless with live music throughout the park, a nighttime dance party, and brand new shows like, Snoopy’s Boysenberry Jamboree at the Calico Mine Stage. Head over to Calico Park for a hootenanny featuring pie eating contests, line dancing and country fair festivities with the local Ghost Town townsfolk. The limited-time Festival is included with admission to Knott’s Berry Farm. 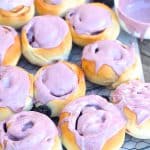